Article Promoting Comic About Spotting ‘Fake News’ Only Perpetuates It…

The Conversation has an article by a sociology professor promoting a comic titled “Won’t Get Fooled Again: A Graphic Guide To Fake News”, whose purpose is to teach how to identify fake news. Unfortunately, they lose me when the tell the following:

The effects of misinformation have been evident throughout the COVID-19 epidemic, with many citizens confused as to whether a mask will decrease the chances of spreading the infection. Similar tactics are being levelled against Black Lives Matter protesters, such as labelling them all as rioters when videos and photos show most behaving peacefully.

So, more of this apologia for the BLM movement, is it? Ignoring reports and photography that shows BLM “protestors” acting violently, and overall setting truly awful examples. One of the movement founders was even mentored by a former collaborator of Bill Ayers. And when the professor brings up what her students thought of the alleged research:

The students pointed to holistic media literacy and critical thinking training as the best responses. This finding runs counter to the tactics currently used by publishers and tech companies to label or “fact-check” disputed news.

One student summarized this mindset best: “As citizens and consumers, we have a responsibility to be critical. Don’t accept stories blindly. Hold those in power responsible for their actions!” 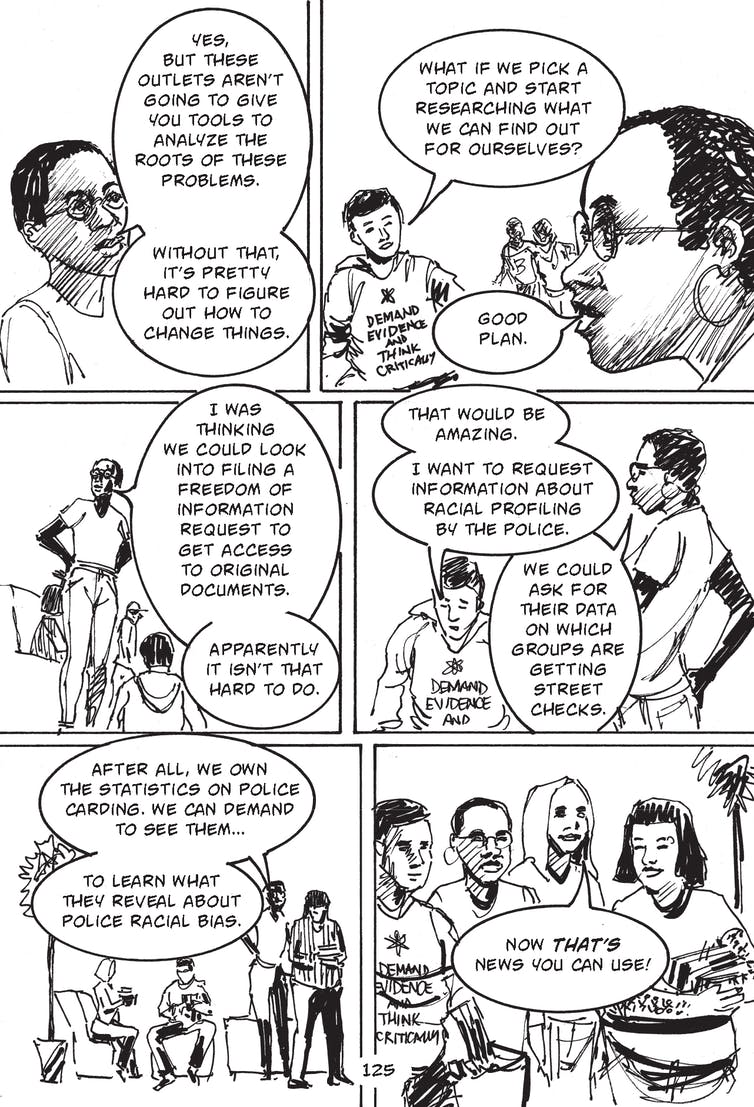 And yet, the biased professor chose not to approach the BLM issue with a critical, objective eye, accepts all claims of peacefulness blindly, and doesn’t hold them responsible for their actions. What’s the point then?

Getting multiple perspectives is a great way to expand our digest of viewpoints. Once we can see a story from more than one angle, separating truth from falsehood becomes much simpler.

If she really believes what she’s saying, then she shouldn’t go miles out of her way to airbrush BLM’s worst acts. So why must we believe her comic about fake news is anything but an attempt to parrot what Donald Trump says about fake news, obviously trying to claim it for the left side of the spectrum instead. Anybody who does that is a joke, and it won’t surprise me if the overall comic’s the same due to partisan politics overwhelming the narrative.