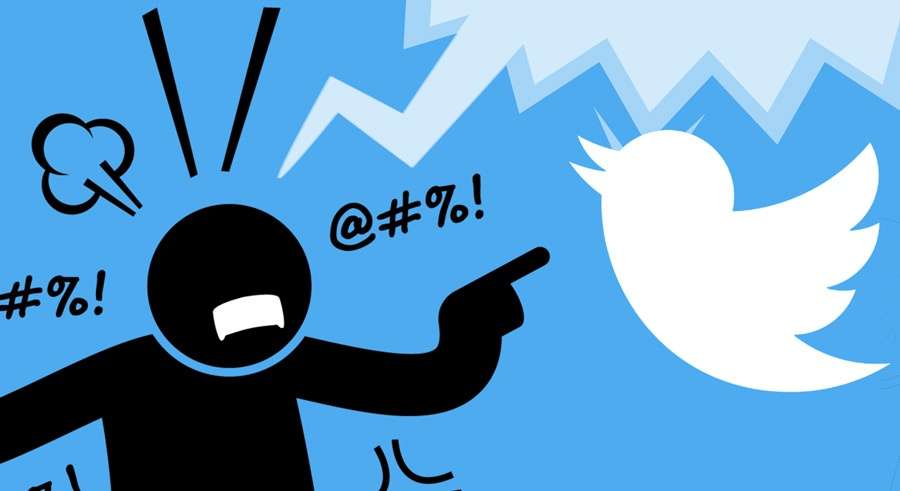 A good read about the state of publishing and marketing here on Twitter.

Social media is a tightrope where you have to balance engagement and detachment, the personal and the professional. https://t.co/oa0CcOsrxe

I’m thankful for the support, but always try to remember that things can snap back at any moment.

Staying in a mostly positive and helpful track here and on other platforms may not be as exciting or rack up big RTs, but it’s far better for my heart and mind.

Hmm, does this mean Zub and Strain are considering a departure from what’s become a very insufferable platform of social media? Good question. If I were in their position, I’d certainly rather abandon use of Twitter, if only because of all the obnoxious characters going about their labyrinth who will never be happy with anything you do. As a few people who’d responded to the latter indicated, what’s discussed in the newsletter applies very easily to what goes on with comics, and even the RPG industry.

On which note, it appears the new TSR that Ernie Gygax was initially planning on setting up has changed its name to Wonderfilled. I don’t know if the decision had to do with copyright issues, but I do know it was reprehensible how Gen-Con, which his own famous father helped to found, threw him under the bus because he dared take political standings they didn’t agree with, and basically enabled incitement against him on Twitter.

Speaking of which, some folks reminded everyone of something terribly wrong the convention managers did:

Gen Con has long been run by political ideologs obsessed with forcing those around them to conform with their exact way of thinking.

This isn’t what fantasy gaming is about, this isn’t the spirit of role play, RPG, or really any thing Gen Con profits from.

Unfortunately GenCon IS associated with punishing a victim of violent assault.

Their claims about “safety” are meaningless. People asking what happened were silenced and banned from forums and stream chats.

Then they banned the victims of the violent attack.

The victim in question is Jeremy Hambly, by a man who’s said to be a male feminist, and the incident took place in 2018. Though the offender may have apologized, Gen-Con’s management still appears to have banned Hambly entirely, even though it gives them a terrible image. It’s truly awful the convention’s come under horrible management that’s practically enabling criminal offenses, and if they won’t act responsibly, the managers have no business working in conventions. Based on this, it’s hardly a shock they’d shun Gygax Jr, all because they despise his beliefs. They even went so far as to virtue-signal with the following:

Our pals at @TransplanarRPG are doing some amazing stuff this month! https://t.co/qbSnZi9vgW

So this is what they consider such a big deal. We can guess where they stand on merit-based systems, then. Knowing Zub is such a big expert on RPG material (he may have once stated he’d attended some Gen-Con events), let’s hope he’s aware and realizes people like these are exactly the reason why the whole moral panic of the 80s over D&D took place, and why truly, he shouldn’t associate with them.

While we’re at it, here’s also a recent interview with Zub from Conskipper where he spoke about Stone Star, and his Dungeons & Dragons work:

You have done an extensive amount of work for IDW on Dungeons & Dragons titles. Why do you think RPGs have experienced a new renaissance in an age of technology?

Zub: I think that people are overwhelmed with entertainment options, but that the passive nature of it – sitting and watching other people’s stories – is starting to become boring. The ability to interact with your friends (or make new friends) at the table, in-person or virtually online, interact and create is really appealing in ways that are pretty unique.

Again, I hope he’s aware that the company owning the D&D franchise today has been involved in some very degrading actions, even on social media, and comprehends why that’s inappropriate. Not the least being how they appear to have shoddily mistreated the son of a legend who developed the properties they now own. It’s been told Hasbro might be selling off WotC in the foreseeable future, and if that helps lead to some better responsibility from the company, I’d say it’s worth it to sell off the publisher.

And in the future, is there any chance more comic creators will distance themselves from the worst social media sites around, as some book authors might? If they do, they’ll honestly be doing everybody a favor, no matter their political standings.