Are Today’s Comics REALLY “Better and More Accessible than Ever”?

The Observer is telling everybody this is a great time, never better, time to get into the habit of comic reading:

Characters like Superman, Batman, Spider-Man and Captain America have taken hold in the public consciousness with movie after movie pumped out featuring their likeness. For good reason, as well––superheroes are pretty rad. Their unique versatility means that they can be placed in almost any situation or genre and still be able to save the day. A character like Batman can be in a campy ‘60s TV show with punches followed by “wham” and “pow” screen effects and can also be in a gritty psychological crime thriller.

However, consumers who just watch the shows and the movies are missing out on the vast majority of amazing and varied superhero stories out there, because comic books are still here, and they are better and more accessible than ever.

And this hilariously ignores all the divisive leftist politics in modern mainstream fare of the past decade, which still prevails in certain ways. There’s also horrible art being turned out, as the Big Two’s illustrative quality’s declined due to political correctness. I’m not sure you say the Superman movies took hold of recent when only one solo vehicle was turned out in the past 8 years, starring Henry Cavill, and a new one in development is being scripted by Ta-Nehisi Coates, in a confirmation his far-left politics resonate with the increasingly politicized film industry. So to put it all in such superficial terms is disgraceful.

Now about the pricing:

Okay, now say that you’re convinced and you want to give comics a try. Well, it’s rather expensive isn’t it? New installments in the stories of your favorite characters may come out every month, or sometimes twice a month, but each issue costs an average of $5 which adds up quickly if you want to follow multiple character and team books each week. Some of this can be avoided if you are willing to wait a bit for trade collections to come out, meaning that you can get six or so issues at a time for $20 a pop, but it’s still quite an expensive hobby.

Well at least the writer acknowledges waiting for trades is better, since it can be less expensive than pamphlets are at this point. But if the story inside the cover is bad, why should we buy it, no matter the format? And with company wide crossovers still prevalent, doesn’t that make it all the more problematic? He goes on to discuss Marvel and DC’s digital hosting services:

Containing access to each companies’ entire back catalogue, the services are of tremendous value, with Marvel’s option costing either $10 a month or $70 a year, and DC’s option costing $8 a month or $75 a year. For that money, you get access to over 28,000 comics with Marvel Unlimited and over 24,000 comics with DC Universe Infinite. Along with all of these old comics, both services are updated regularly with new issues a few months after their initial physical release. So, theoretically, if you wanted to read every single issue of “The Amazing Spider-Man” from 1963 on or almost every issue of “Batman” from the 1940s to today, it’s all accessible.

Even so, that’s still an awful lot of money to pay for something you don’t actually own in physical format, and much of the brand new stuff in their inventory isn’t worth the expense. The writer continues:

But of course, that is an overwhelming amount of content there. The complaint I’ve heard the most about getting into comics is just the sheer amount of content out there and uncertainty about good jumping on points. Let me make this clear: you do not need to read every single issue of “Superman,” or any other comic, to know what’s going on in the current comics. When new writers jump onto a title, they often start with a blank slate creatively, with all the toys back in the box so to speak, before unraveling their own narrative and taking everything out of the box. So really, it’s just important to keep an eye out for when a new creative team is involved, because they will probably want to tell their own story. While part of the appeal of comic books is their multi-decade world building, most change is pretty gradual and the beginnings of creator runs don’t require too much prior knowledge to just jump into. 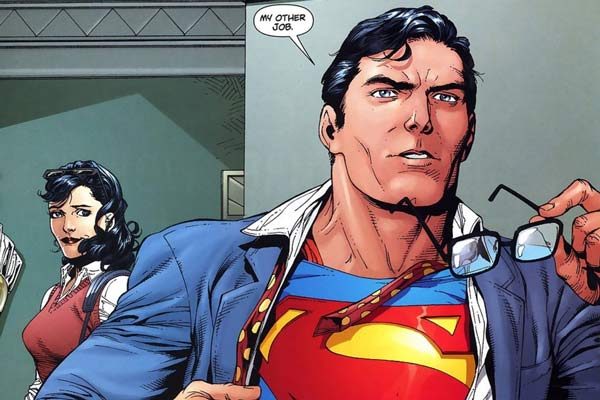 And in the case of Brian Bendis, he screwed things up very badly with his increasingly PC viewpoints. Removing Superman’s secret identity was just the beginning of all that’s bad with Bendis’ stories. It’s amazing he left sooner than expected, but unless current writers and editors are willing to reverse the damage, it’s clear Bendis left a ton in his wake that Supes won’t recover from at ease. How come the university writer won’t give some recommendations of his own, like looking for Silver/Bronze Age Superman tales that could offer a lot of imagination and pleasure in reading you don’t see today? I’m afraid this is just more sad sugarcoating of the medium, by a college paper, no less, that doesn’t offer anything meaty to ponder.