Are They Joking? Book Riot’s List of ‘Best Fantasy Comics’

Book Riot wrote up a list of what they consider the best fantasy comics. But some of the books cited are written by some very awful folks. For example, Saladin Ahmed’s Abbott:

Abbott is an urban fantasy that blends magical forces like The Dresden Files with the rough, hardboiled edge you’d expect from any Walter Mosley novel. Elena Abbott is investigating some horrific crimes — crimes perpetuated by occult enemies that killed her husband. And she’s determined to destroy them all.

But based on Ahmed’s viewpoint of Jews, that’s why this all reeks of ludicrous hypocrisy, and I’d rather not finance his productions. Another book cited, Nimona, comes from animation producer Noelle Stevenson (creator of the recent She-Ra reboot):

Noelle Stevenson is practically a rock star at this point. She was part of the original creative team of Lumberjanes, and she’s the showrunner for Netflix’s She-Ra and the Princesses of Power. Before all that, while she was still in college, she wrote and drew Nimona originally as a webcomic. It’s the story of a shapeshifting girl who teams up with a kingdom’s supervillain, though exactly who the heroes and villains are in this story are up for debate. 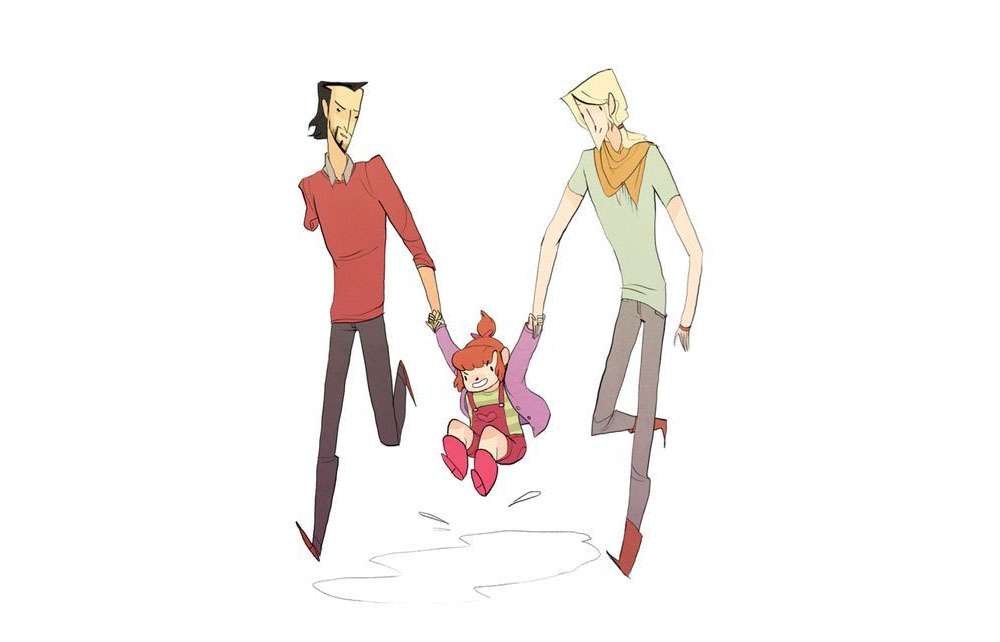 Maybe that’s exactly the problem. In any case, while there may have been stories in the past where heroes were forced to work with villains to stop even worse villains, something about this tale smells mighty fishy. They even cite one of Gail Simone’s Red Sonja stories:

“Oh, another hetero dude including Red Sonja on a list.” Yes, I hear you. The costume is ridiculous. It does NOT qualify as armor. But I’m directing you to Gail Simone’s run with the redheaded warrior. Red Sonja goes toe-to-toe with the Queen of Plagues in an epic, violent tale that brings new depth and prestige to the long-running characters.

And the talk of violence is the giveaway to what’s wrong with this whole picture. Besides, if Conan doesn’t wear armor most of the time, then no matter what material Red Sonja’s costume is made of, it’s pointless to call it armor, or even worry about whether she should wear armor. Wonder Woman’s bustier-style costume isn’t armor either, and if the goof who penned this piece has no issue with Diana’s flagship costume, then we shouldn’t be hearing any complaints about outfits that could be inspired by it either. Heck, we shouldn’t even be hearing any whining about what Will Eisner’s Sheena wears. That aside, Simone’s long given reason to be wary of reading her writings, due to her leftism. Another book mentioned is Brian K. Vaughan’s Saga:

How is this not a prestige streaming series yet? Seriously? Vaughan and Staples’s brilliant space romp is like Romeo and Juliet, but instead of melodramatic teenagers, the lovers on opposite sides of a war have a child, a hybrid of their two races. The parents are fighting to save their child and survive, tossed in with some of the most memorable characters a single series could possibly pack in. And it has Lying Cat!

No surprise they’d consider that kind of stuff appealing in contrast to Red Sonja and WW. Silly fools indeed. I think what’s said about Sonja is easily the worst part of the whole column, and again, insulting to Roy Thomas and artist Frank Thorne. Come to think of it, they’re insulting Stan Lee’s memory too, since Red Sonja originally began under his oversight during the Bronze Age at Marvel, spinning out of the Conan tales Thomas developed. On which note, why must these clowns associate even remotely with creations and concepts they despise? It just doesn’t make any sense.