Superhero Back Issues are Hot; What are Some Valuable Indie Comics? 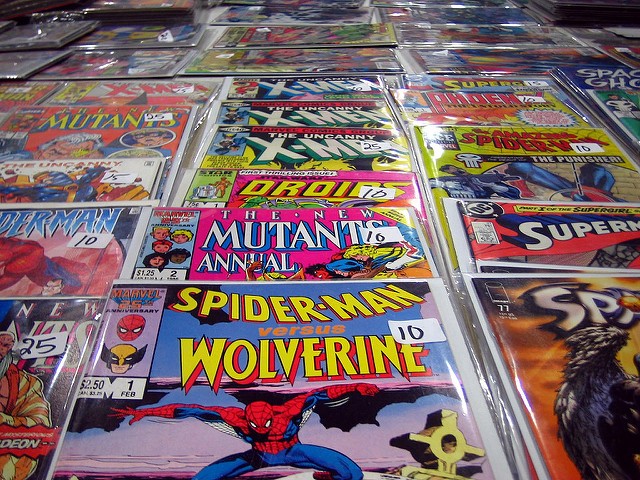 ABC station KOLO-8 published yet another article about the speculator market (reporting from Nevada), and what sells most on it:

To the untrained eye, an “Avengers” comic book looks no different than the tens of thousands of comic books at the “Comic Kingdom” in Reno.

And it has other attributes.

“Right. The most valuable ones are the superhero ones,” says Megan Laux, owner of Comic Kingdom. The “Avengers” comic book is also in good condition, and that too makes a difference.

This made me think of something. What about many of the indie comics produced since the mid-70s or the 80s? What about say, early Nexus and Badger issues, which could be about 40 years old at this point? Don’t they have any value on the market?

Even then, let’s not forget the real value should be in reading the items in question, not “slabbing” them away in plastic casings just so they’ll be hung on a wall, or worse, locked away in a vault where nobody’ll see them at all. As I may have mentioned before, this is exactly why the whole pamphlet format must be done away with – it’s resulting in a whole wobbly market that even today results in so many deluded people “investing” in material that may never be worth huge sums, long after the speculator market first plummeted in the mid-90s.

Megan says comic book investing is not for the casual investor. Two years ago, she says customers impacted by COVID, looking for a couple of extra bucks brought in comic books to see what they were worth. Now she says there are those who are looking to find the “Holy Grail” of comic books–something that will appreciate–greatly appreciate.

Of course it’s not for casual buyers. But it’s not something even wealthier people should be encouraged to invest in at all costs, if it turns out what they buy won’t make much within their lifetimes. That’s precisely why casual consumers shouldn’t be fooled, if they don’t have much money, and think this the ticket to getting rich real quick. Because sadly, it won’t be. 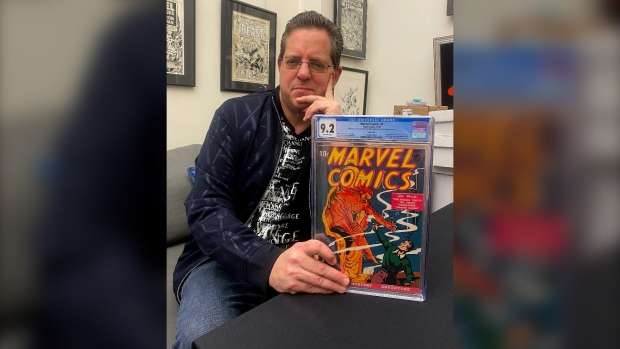 There’s also more news about speculator auctions on Toronto’s CP24/the AP Wire, telling of an ancient but well-preserved copy of Marvel Comics #1 from 1939 that sold for $2.3 million:

The buyer’s name has not been disclosed. He is “an extremely passionate comic book collector and investor” who also collects other items, [Vincent] Zurzolo said.

Published in 1939, Marvel Comics #1 introduced characters including Sub-Mariner and the original Human Torch, a precursor of the character of the same name that was later a member of Marvel’s Fantastic Four. The book launched what became the Marvel universe of comics, movies, TV shows and video games.

[…] The Marvel universe would eventually include such characters as Spider-Man, the Fantastic Four, X-Men, the Avengers, Iron Man, Daredevil and the Hulk, often known on-screen as the Incredible Hulk.

Oh, what’s this, somebody giving signs they don’t know “Incredible” was an adjective on almost every issue of the Hulk’s solo book up to the turn of the century? Figures. It wasn’t just “on-screen” the jade giant was known by the adjective. Which makes this article quite laughable.

“Without this comic book being made, who knows? Maybe none of that happens,” Zurzolo said. “Maybe the name `Marvel Comics’ resonated so much with people, in some way, that that’s what helped to birth all these other things.”

I think a better question would be why all these movies had to be made, if it turned out they’d be made at the zygote’s expense? A vast majority of USA moviegoers refuse to have anything to do with this illustrated medium, and the same goes for animation. So why do we keep hearing that this pop culture is widely accepted today? Even RPGs like Dungeons & Dragons failed to be accepted in the same way, and the PC tampering it’s undergone in past years under SJWs at Wizards of the Coast hasn’t changed anything. As a result, what good is it to see all these comics being adapted to Hollywood in live action? Especially considering they too have undergone considerable PC alterations of recent, and injection of divisive politics? I’m sorry, but this is just not helping to improve perceptions a single bit. Nor does speculator purchase avail in this regard.