Another Devastating Sexual Abuse in the Comics Industry *UPDATED*

*UPDATE* Eric Esquivel has responded to these claims as of Friday, December 14. See that response at the end of this post.

this is a tough read, but it’s an account about a creator whom my peers and i have been warned about multiple times over the years.
thank you for your strength, cynthia 🙏🏼 https://t.co/oogRgI6QEd

In the #MeToo era, more and more women are finding the courage to confront their sexual abusers. The disinfecting light of truth first began in Hollywood well over a year ago when several actresses, including Alyssa Milano and Rose McGowen, spoke out regarding sexual abuse they had endured by those who held power over them. Some people have criticized the movement for publicizing sexual harassment and abuse of those who experienced it, which could be re-traumatizing. So it is with caution that we report on the following.

Yesterday, Cynthia Gerriets Naugle, a toy designer, posted a lengthy blog entry detailing the sordid details of an alleged sexual abuse that she claims she suffered a few years ago at the hands of her former manager of a comic shop she worked at in Tuscon, AZ. The tale is heartbreaking if true, and surely took a lot of fortitude to put it out there.

My new manager, we’ll call him “X”. X acted like my friend, he was there for me during my break up, listened. Then one day while we were having a conversation about my break up the topic of our intimacy came up, he got closer, put his hand on my hip, and lower. He kissed me, and invited me to his place during our lunch break, I said yes (He lived right next to our work behind a fast food place).
Immediately, he starts to take off my clothes. I can’t stop shaking, I couldn’t say anything but “I’m nervous, I’m nervous, I’m nervous.” I couldn’t look at him. Then he slaps my face. I couldn’t do anything after that. I let it all happen and went straight to work after. I wanted to forget, without giving details, there wasn’t an ounce of love in what just happened to me.

If true, this sounds a lot like sexual assault. Cynthia continues, with one shocking detail after another. Then she detailed stories of ‘X‘ involving sex with minors.

I’ve spoken to other girls recently that have experienced abuse and/manipulation from X.
When they were vulnerable, susceptible, and some were even underage.
I’m so grateful for them, it’s helped me tremendously getting through this.

Disgusting to say the least, but another detail that stood out for us was this one which got social media twerked.

He works in the comic book industry and I want this to be a warning for those he works with and around.
When this was revealed, it was simply a matter of determining which comic shop she worked at in Tuscon. After a few simple searches, it turns out Mrs. Cynthia Naugle had worked at the Heroes & Villains Comic Book Store during this time period, before going into business as a toy designer. 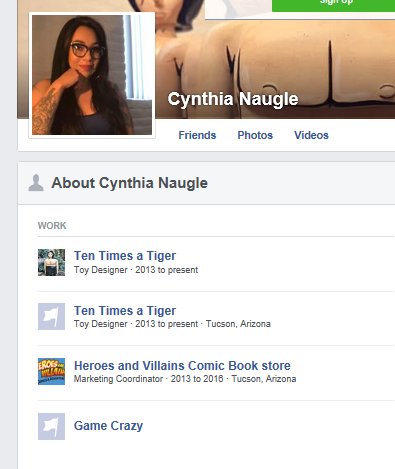 When we dug a bit further, we learned that the manager at the store during that time was also a writer for Bleeding Cool, Fox News Latino, The Tucson Citizen, and most recently, a Vertigo Comics writer, Eric Esquivel – the creator of their Border Town comic series.  Here’s a shot of Eric at the comic shop in question. Could this story be about him? 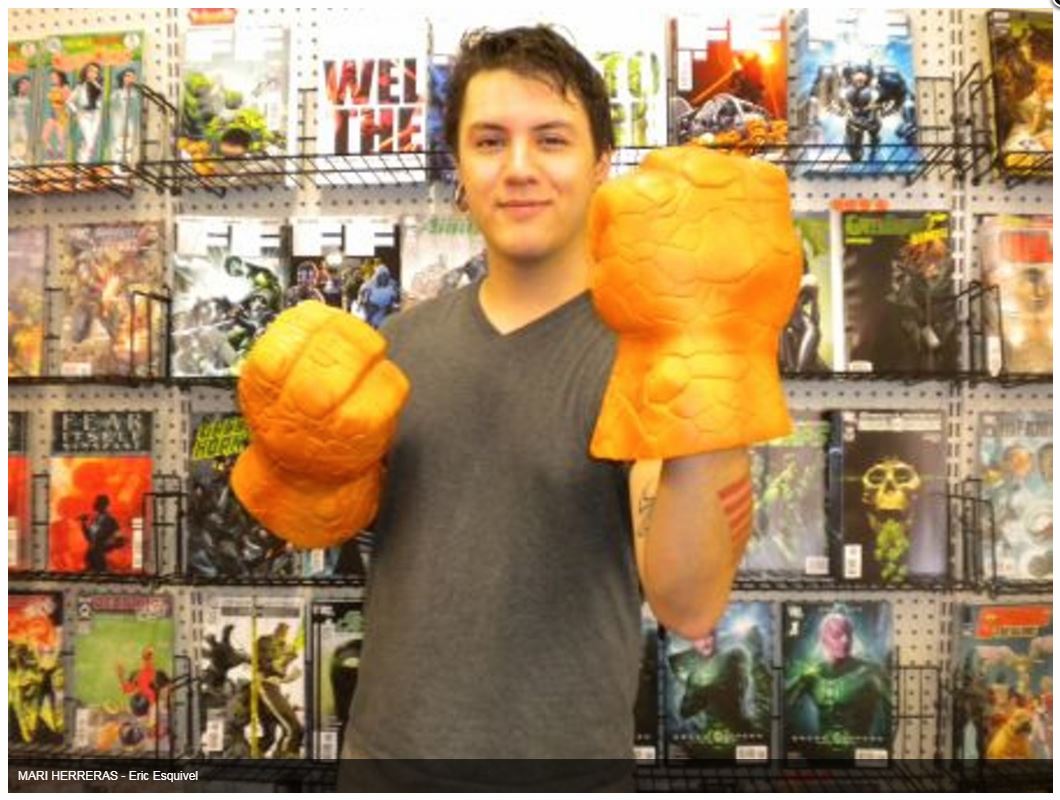 We’re just following the details that were offered by Cynthia and it seems perfectly clear who Cynthia is trying to implicate. As of press time, all we know is that this is Cynthia’s side of the story and she has not responded to our request for comments. Mr. Esquivel has locked down his social media and we cannot get a comment or confirmation from him. The only thing we can safely say for certain is that Cynthia claims that she was sexually abused by someone who works in the comics industry and that it was by someone she used to work for in 2012-2013, and we know that she used to work for Eric Esquivel during that time. 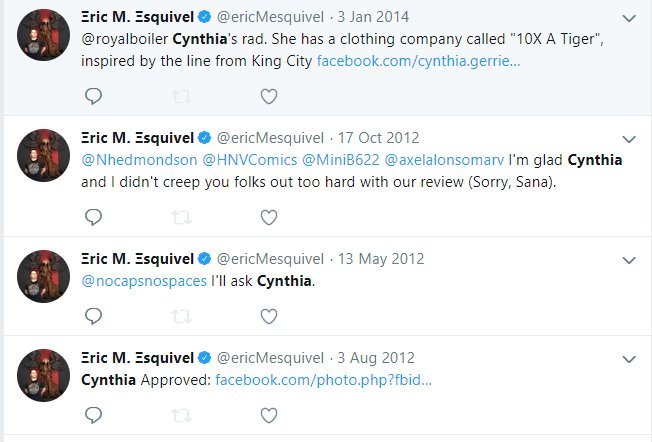 In the wake of these serious accusations, Mr. Esquivel locked down his social media accounts. 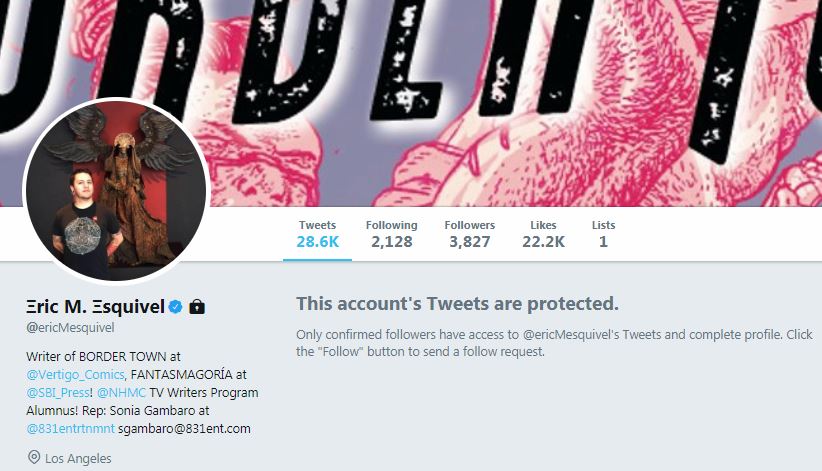 finding it interesting the border town writer being a accused of sexual predator, let see the press cover this one or they will ignore it. i thought they believe all women?

Now until we have some confirmation, this is merely speculative and we are presenting the details that we have so far. If this account is true, than I sincerely hope that it won’t be brushed under the rug like DC Comics did with Eddie Berganza. In Arizona, the statute of limitations on sexual assault cases is two years, so this will never be investigated by police.

Until more information comes out, and even if this is all we learn, it is still my sincere hope that Mrs. Naugle has gotten the catharsis that she deserves with her must-read blog post and that she and her husband Logan can move on and put this dark period behind them. I also hope that whoever the guilty party is in this case will never do this to another person, ever. And, like Cynthia, I hope that by her sharing her story, as have many other women who have come out about their abusers, that this will further promote a necessary change in our culture and that any men who have acted this way will ultimately be held accountable if they are found guilty.

We will update this story as more information is made available or if any of the parties involved provide further comment.

Shout out to That Umbrella Guy for picking up this story.

* This post has been updated to include a link to Eric Esquivel’s response here.