A Guide to the Legal System for the Internet Lawyers 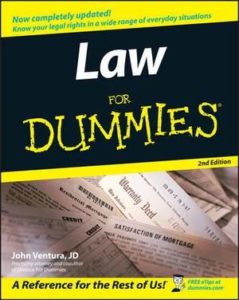 It’s time to get down to some law for dumb people. You see the tags all over this article? That means I have a lot of people to cover. Let’s get into the basis of the two cases that are being hotly contested in the Texas Court of Law. Also, this is a reference for the law offices of Twit and Ter.

Do you see the above, Twitter lawyers? Read this until it burns into the brain. And go ahead and put the following sentence into your brains, won’t you?

None of this matters in a civil case that’s being contested under tortious interference, which means that you are interfering with a business contract of some type through influence. That’s the part that will get Twitter lawyers in some deep holes. You can say a man is guilty of killing an entire school. If it’s not proven in a court of law, it doesn’t matter. All that matters is that you have a preconceived notion about this person, and you have interfered in his business dealings that will cost him money. 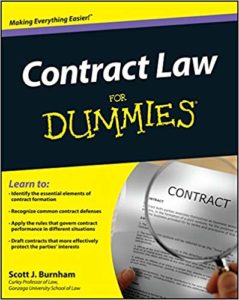 It’s a matter of contract law. Understandably, Contract law is a sketchy thing. You are under a written or a verbal contract. Two parties lock into a business agreement for a product or a condition of employment.

This condition of a product or employment in the case of Richard Meyer, the writer of ‘Iron Sights’ and ‘Jawbreakers’, has an established and publicized agreement for Antarctic Press to produce and distribute Jawbreakers. Vic Mignogna was in an agreement with several conventions to appear as a guest for a substantial amount of money. Both men were seemingly interfered with by “the whisper networks”.

I do not know if these networks exist, personally. And if they do exist, that’s on the Plaintiffs in both cases to prove that these networks exist. This is the reason for “discovery” phases of a trial. Discovery usually means that both sides research as much as possible to bring evidence to present the case for their respective client.

In Vic Mignogna’s case, his lawyer has four hundred separate requests for one client due to the amount found in preliminary discovery. If the Plaintiff finds more evidence from any of the Defendants, then the lawyer will request more discovery.

To make this brief and not super boring, I will keep this down to the basics. The Plaintiffs have to prove the “whisper networks” in of some form and/or the Defendant did the tortious action. If the Defendant is found at fault, they will have to pay damages that will be mandated by the court. If they do not pay, they will go to collections.

This isn’t exactly a bright future for the Defendants. If the court proves the cases are frivolous or without merit, the Plaintiffs will probably be charged legal fees for the Defendant. They may also absorb court costs. Generally however, if a case is actually “frivolous”, it would likely have been thrown out within the first month.

As you can see, this isn’t the case with either court action. To the rest of Twit and Ter LLC, though, just because Antarctic Press’s Joe Dunn didn’t directly kill the contract with Richard Meyer based solely on Mark Waid’s word… it still doesn’t mean the suit is without merit. Mark has potentially committed other actions that the court can still find have merit in the suit against him. All it means is that Mr. Dunn may find himself on the hook in a future civil case, if warranted.

Now, breath in. Don’t sperg out. Let’s all just sit back and watch the Meyer case and the Mignogna case.