All the Reasons HBO Max’s ‘Velma’ Went So Terribly Wrong According to this UPI article published on Breitbart, the bookwormish girl from Hanna-Barbera’s Scooby Doo cartoons is being turned into a lesbian, and it looks like her skin color may have been changed to darker complexioned too, along with her racial background:

The Mindy Project and Never Have I Ever creator Mindy Kaling says her new Velma Dinkley origin story, Velma, updates and honors a cherished character to whom she and millions of others related when they were growing up.

Sharing DNA with the 1960s Scooby-Doo cartoon and its live-action movie sequels, this adult animated comedy series with a diverse cast premiered on HBO Max Thursday.

It looks at high-school students Velma (Kaling), Daphne (Constance Wu), Fred (Glenn Howerton), and Norville/Shaggy (Sam Richardson) before they teamed up with a dog named Scooby-Doo to solve mysteries and unmask villains.

[…] Bringing her own South Asian culture and making Daphne Taiwanese American and making Shaggy Black were ways for Velma to bring the Scooby-Doo story into 2023. 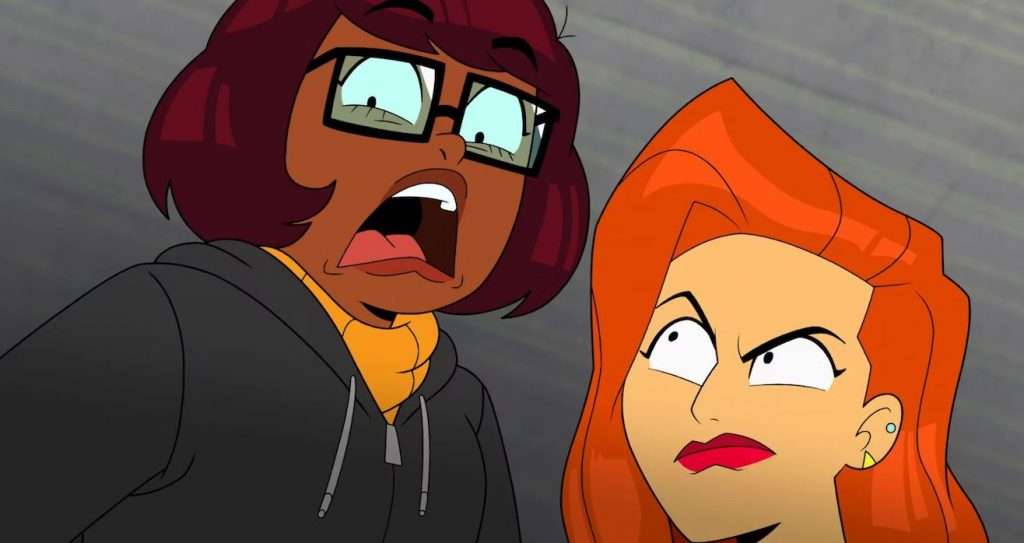 Not only that, even Daphne appears to have been altered to lesbian also. Their insistence they’re “honoring” the original source material, is laughable as it’s sad. That this is supposedly adult does nothing to alleviate or excuse the abuse of older products. And if they need more characters of Indian descent, they’ve only proven creative bankruptcy by not creating new ones for the roles, just altering established ones to fit their laughable goals.

“We’ve been so inspired by Into the Spider-Verse and seeing these other characters that can embody the spirit of these iconic franchises, and we were like: ‘Why don’t we try that? We love Scooby-Doo so much and we’re going to honor it.’”

At least this sums up what was wrong with the approach of that animated film. It was more about emphasizing all sorts of different takes on a classic white character than on story merit. And then, as if we needed to hear the following:

Showrunner Charlie Grandy noted the White appearance of the characters was not integral to them in the original series.

“Except Fred. Fred felt like a very White person,” he said.

“He’s the Whitest character in the history of television,” Kaling quipped.

And this sounds monumentally stupid and insulting. When they start dragging race into the mess, it’s clear they’re not serious about entertainment value, and agendas are the real point.

Velma’s sexuality, upon which fans often speculate, will also be addressed on Velma.

“Her self-discovery is a really big part of this series. We don’t want to ignore it. It’s what’s interesting to people. She’s an icon for young gay women,” Kaling said. “Her figuring it all out is a big part of the show and why it’s really fun to do.”

Some “fans” these must be, wherever they are, “speculating” about a fictional character, and have no interest in developing new ones who could serve their petty purposes.

“I was interested in taking the comedy and the humor of the original and adapting it for older audiences — trying to make it with harder jokes and scarier, as well,” Grandy said.

Kaling said she hopes her daughters watch and enjoy the series, but not until they’re in college.

“This is a scary show with murders. One of the things we liked about it was these high school kids being really brave and having to deal with something very scary,” she said. “It’s also tackling a lot of what teens deal with in modern high-school life.”

If this is supposed to be a prequel to the older material, how does emphasizing murder relate consistently to the older cartoons from a time when murder and death were considered less acceptable in commercial USA animation? It’s certainly funny how the lady actually does prefer her daughters wait’ll they’re college age before watching her rendition of Hanna-Barbera’s creation. But that doesn’t excuse how they’re making it more grisly, which has surely been a serious problem with movies and TV shows spotlighting teens since the Friday the 13th and Nightmare on Elm Street series of films came about at least 4 decades ago. 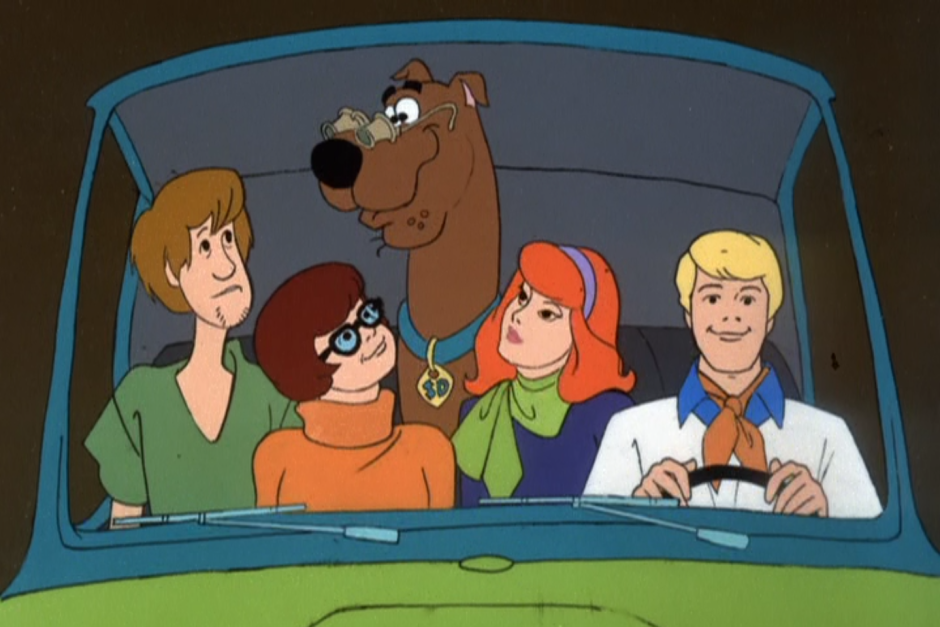 As somebody who’s already older myself, I don’t take kindly to the notion I should find grisly violence engaging. I may have said this a few times before, and I’ll say it again, but as a Marvel fan, I’m especially offended on those grounds, because I’ve sometimes guessed, and I’m sure with considerable accuracy, that these showbiz marketeers truly believe Marvel fans only care about grisly darkness. That’s not what I read Marvel comics for up to the early 2000s, and by that same token, it’s not what I read DC for either, nor what I’d watch any and every cartoon for either, adult or otherwise.

And citing Harley Quinn is another giveaway of what influence they’re building upon, along with the X-Files, which could involve some pretty gruesome elements too. So in the end, what’s clear is that this whole cartoon spotlighting Velma Dinkley of Scooby Doo is regrettably built mainly on dark influences, exactly what’s brought down much of entertainment in the modern world.

Make your own adult cartoon premises. But don’t abuse other people’s creations towards that goal. It’s only divisive, and makes fanbases for the original material look bad when you put words in their mouths, as the modern woke TV producers and news propagandists are doing.