Alita: Battle Angel is already getting review-bombed on Rotten Tomatoes after general support from a globally diverse audience.

Directed by Robert Rodríguez and produced by James Cameron, this is the first film on the Battle Angel Alita Universe’s docket. It introduced Rosa Salazar as Alita — the first Latin female headlining a manga adaptation which also happens to be the first manga adaptation directed by a Hispanic man. Taking place in 2563, the film is about a female cyborg who sets out to learn about her past after she awakens in a new body with no memory of who she is. With 20th Century Fox taking a step toward the right direction with regard to adding more Latin female presence in anime adaptations, many are celebrating what the movie added to the franchise’s lore. Unfortunately, not everyone is happy about this move.

A peek at Alita: Battle Angel‘s Rotten Tomatoes critic reviews reveals a slew of hateful comments left, not just about the film, but also about the character ‘Rosa’ herself. Most of the critic trolls’ comments are about her not being a vocal feminazi and how this movie doesn’t push identity politics to the forefront of manga-inspired films.

Because of this, they assume that the movie will ruin the upcoming franchise — and yet most of them have never paid to see it in theaters. Obviously, one could argue that critics expressing these kinds of negative opinions after watching Alita: Battle Angel for free is of no actual value and that perhaps they should have only clicked “not interested” on Rotten Tomatoes. 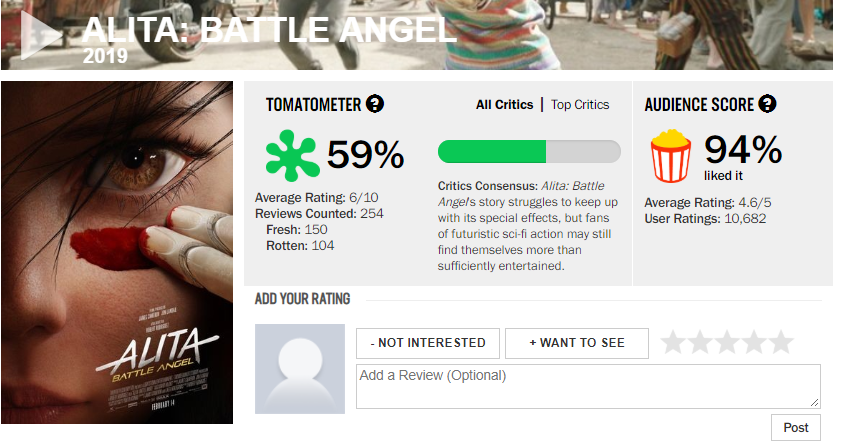 Over the last couple of years, the public has seen this collective move from pundit trolls bashing films because they don’t like how they ignore the message of their identity politics narratives. The MCU’s Punisher: War Zone was one of the first blockbusters to be prominently targeted by critic review-bombing in spite of it being directed by Lexi Alexander, making it the first Marvel Studio’s movie directed by a woman. The critic-trolling became so toxic that it drove some of its stars like Ray Stevenson to take a less prominent role in the MCU as Volstaag in the Thor films in spite of Punisher: War Zone gaining cult-status and being regarded as one of the most faithful adaptations the studio ever produced.

Fortunately, from the looks of it, this pundit take-down job is backed only by a small but vocal number of critics, with Alita: Battle Angel surpassing projected tracking expectations in North America and especially overseas. 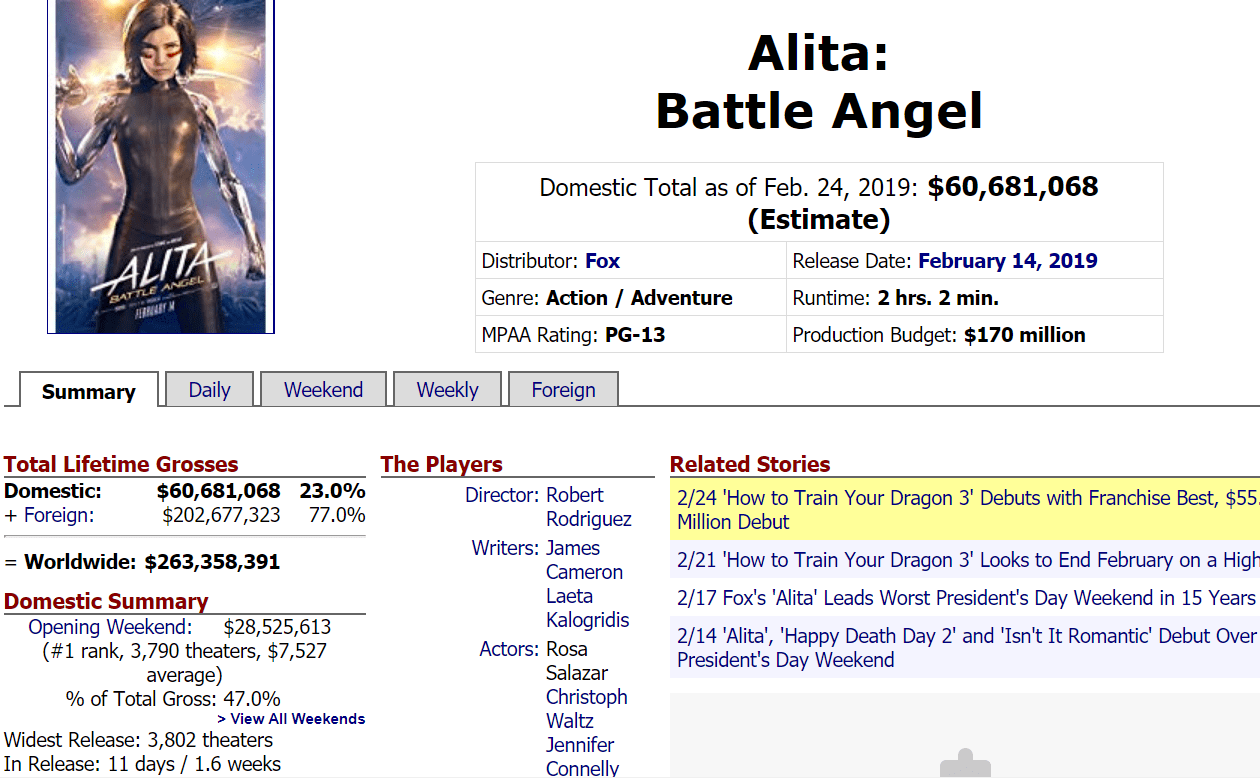 James Cameron has also participated in technology development and has been very outspoken about helping others with technology, something which has put this project on the radar (aside from Cameron’s Oscar-winning skills). Knowing how important tech is becoming to the future of humanity, the producers of Alita: Battle Angel and 21st Century Fox, in collaboration with Open Bionics, donated a set of fully functional bionic arms to British amputee activist Tilly Lockey, a teenage girl who fought the battle of her life against meningococcal septicemia when she was just a year old. Both of her hands needed to be removed, but now she has a new set and can be the spokesperson of many disabled individuals who could benefit from this new technology which is becoming increasingly affordable.

The introduction of Alita: Battle Angel as competition for Captain Marvel will not ruin the franchise just because she’s a strong female role-model, no matter how much these persistent critic-trolls might think otherwise!

*The preceding is (sort of) a satire of a Screen Rant article.