Again With the Battlestar Galactica Thing… 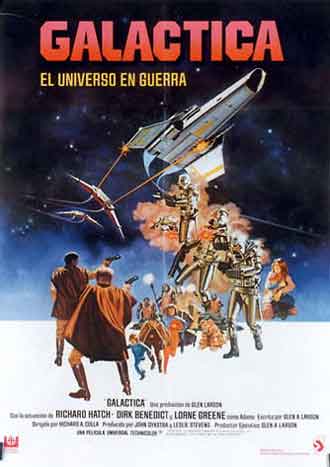 Having survived a near-death experience, what a thrill it was to find that I have been spared just in time to see the latest retread of Battlestar Galactica!!

Yes, I’d heard rumblings that this was a thing, but I had hope that a merciful God would spare us this abomination.

Creator Sam Esmail says that it will tell new stories in the same setting as the 2004 show, which he described as “perfection.”

Yeah, perfectly awful.  I’m assuming that he’s all-in on “West Wing in space” and that the “updating” will include gratuitous references to a Bad Orange Man who does Bad Things, because that’s all the left is peddling.

Still, if it has new characters, that would be an improvement.  I’m fine with spin-offs, in fact I’d like to see more of them.  What I hate to see is the same thing being done again and again, with each version more “woke” than the last.

As I said before, I have zero problem with a “Lt. Kara Thrace.” What I objected to was using that character as a vehicle to obliterate the real Starbuck.  There was plenty of room for a new female fighter pilot and in the original show, Lt. Sheba (Anne Lockhart) filled that role.  But since the first rule of dealing with SJWs is not to point out the obvious, I got a nice little hatestorm.

You know, when I put together that screed about reboots, even I couldn’t imagine a comprehensive list that included Saved by the Bell and Punky Brewster.

I guess I shouldn’t be surprised though.  The venerable Star Trek franchise has gone from prime time TV to pay-per-view.  There’s a new Terminator movie out there, though by the time I post this it may have already bombed.

There’s going to be another Ghostbusters movie in 2020, and Madonna is on tour again.

Huh, they changed Higgins into a female. Well, of course they did.

Memo to people who think they are creative:  When you use the same move over and over again, it ain’t creativity, “subverting expectations” or anything fancy, it’s formulaic.

Gen X Has Much to Answer For

It’s one thing to have nostalgia for the Good Old Days, but it’s another to painfully relive an ersatz version of them.

Even the allegedly new stories look a lot like the old ones.  Star Wars may be dead to me, but are they really going introduce a fourth Death Star in Episode XXIX? Or a whole squadron of them??

I accept that my generation has much to answer for, from Google’s tyrannical dominance to an endless stream of recycled pop culture garbage.  Our crimes are many.  I’m not sure why my generation has lost the ability to generate original content.

Could it be a function of gatekeepers shutting it down?

Are people too intimidated by social justice warriors to show the reckless disregard for opinion that once created classic and incisive works of art?

Not that long ago, comedy was expected to be rude and obnoxious.  If you didn’t like it, you didn’t watch it.  How hard is that?

Yet social media and cancel culture have created an environment where pasteurized garbage is the only thing that gets greenlit.

I’m not a betting man, but I’m pretty confident that the politics of the latest BSG incarnation are going to punch exclusively left, because that is what the 2004 reboot did and all the Important People (who ironically didn’t add up to a lot of actual viewers) want to see. 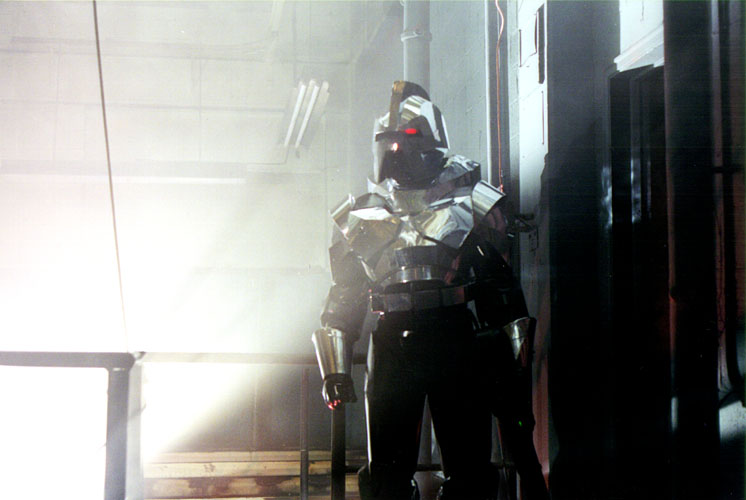 Expand the Setting, Don’t Erase It

The key problem is that too many modern writers aren’t willing to strike out and make unique and interesting characters on their own, because that entails creative risk.  What if the character doesn’t work?  What if no one likes it?

The safer thing to do is simply re-purpose an existing character and then call everyone who doesn’t like it names.  Sure, it’s basically warmed-over garbage, but the writer’s ego is in better shape.

The thing is, new characters in a familiar setting have tremendous potential and always have.  It’s only recently that we began this bizarre process of retro-fitting familiar narratives with wild and wacky substitute protagonists.

If the new BSG manages that, it will at least have the virtue of being an honest attempt at creativity, and even though I may despise each and every character, plot and element of the story, I will at least respect the author for doing something creative for a change. 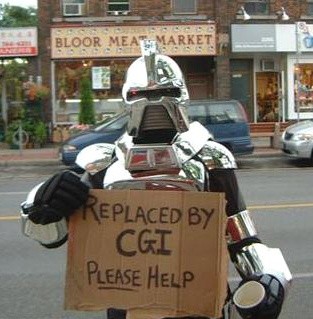