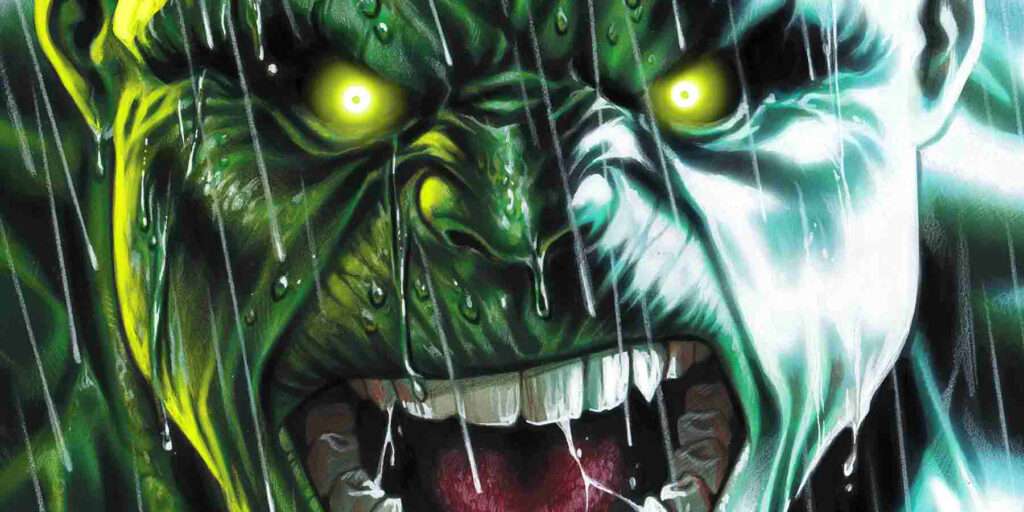 Artist Joe Bennett has indicated in the past that he’s a conservative. Now, as reported by HITC, Al Ewing, the British writer known for his leftist leaning Immortal Hulk run, has decided he no longer wants to work with Bennett, because he dared express his support for a Brazilian conservative:

Marvel Comics artist Joe Bennett is in some hot water after his controversial political cartoon from 2017 resurfaced. His career is at stake after Immortal Hulk writer Al Ewing issued his perspective.

One thing about being in the public eye, if you ever did anything wrong in the past, it’s going to haunt you, or in more current terms, you’ll be cancelled.

Successful comic book artist Joe Bennett is suffering the consequences of that, after being scrutinized for a political piece involving Brazilian politicians, including current president, Jair Bolsonaro.

The caricature drawing can be found at Isreally Cool. If one must know, I don’t think it’s in very good taste, even if the targets aren’t Jews. But that’s why I’m wondering if Ewing is really sincere in his disagreements with Bennett. Here’s the whole response he wrote:

If you’ve seen the image, you know what it is. An armoured swordsman, which I assume represents Bolsonaro given Joe’s commentary, slaughtering tiny, scurrying people, with the buck teeth and ears of rats. And big noses. One of them is cosplaying Dracula. /2

This isn’t the first issue with Joe that I’ve been made aware of. I’ve spoken behind the scenes, but that’s no comfort to people at the sharp end of this kind of brutal propaganda. My lack of public visibility on this has let people down, and I apologise. /4

Immortal Hulk is done, but I won’t be working with Joe again. If people choose not to pick up my work with other artists in the future on the basis of my handling of this, I understand and accept that. If I’ve lost your trust, that’s on me. /6

With all this said, I’m probably going to remain off Twitter myself for now, and not read or reply to mentions for a while. Again, if that feels insufficient, I understand. Thank you for reading. /end

I find it odd Ewing doesn’t mention they’re caricatures of left-wing figures. They may be distasteful, but I’ve got a feeling none of the criticism currently being leveled at Bennett stems from altruistic reasons. Consider the following observation:

If Al Ewing or Marvel truly cared about fighting antisemitism, Joe Bennett would have been off Hulk after the last incident. It’s notable that Ewing’s apology for not acting against antisemitism doesn’t use the word “Jewish” & none of Ewing’s donations were to Jewish charities.

Now that’s an excellent point. Ewing may donate to LGBT charities, but where’s his wallet when it comes to Israeli/Jewish charities? Why did it take until the very end of the Immortal Hulk run to say he’s mad at Bennett for what he thinks is a distasteful caricature? And, why doesn’t Ewing clearly state if he thinks such attacks on left-wing figures are ill-advised and revolting? Something’s just not logical here. Though I can only wonder how Ewing would react if Bennett were an Israeli artist lending his support to Benjamin Netanyahu, who was unfairly ousted by an opportunist who’s already proving otherwise very dishonest while working with ultra-leftists in Israel. And if Joe Bennett attacked Donald Trump, chances are this would never have been an issue with Ewing, period.

So it’s clear Ewing is just a far-leftist – a vision he’s injected into his writings for the Hulk – who’s only virtue-signaling at what he considers the right moment, in order to destroy somebody else’s career because, even if Bennett’s flawed, he’s a conservative-leaner, and for a leftist, that’s utterly taboo in the modern era of the 2020s. And that’s exactly nobody with sense should waste money on Ewing’s writings.