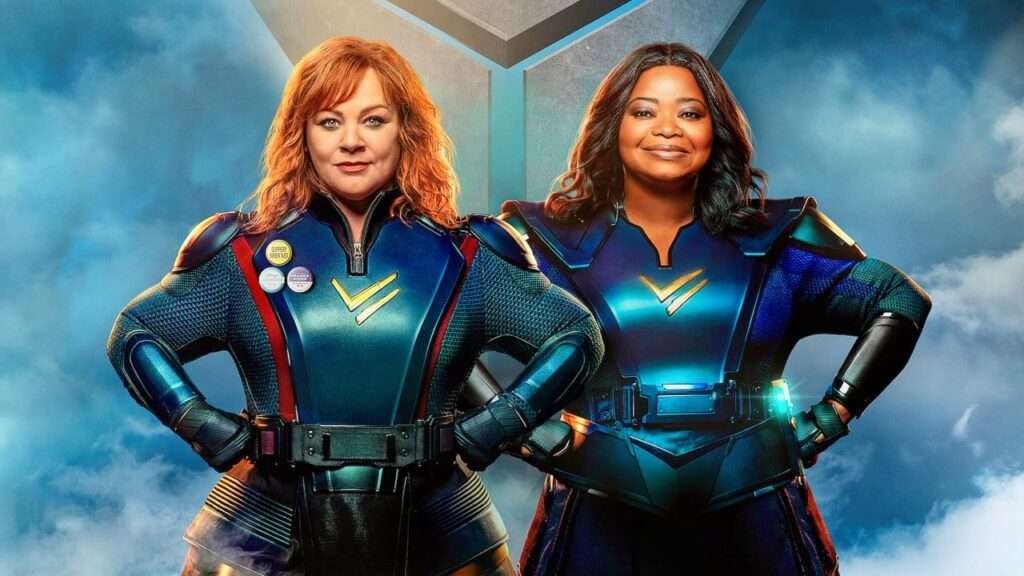 Collider wrote a list of films that could be allusions to the superhero genre, but which aren’t based on comic books, and one of the choices was a now almost-obscure-within-several-months film called Thunder Force that was produced for the notorious Netflix:

Hollywood has always had a problem with properly representing plus-sized people, especially women. And plus-sized women over 40—do they even exist? Yes, they do, and they can kick butt as hard as anyone else, if Thunder Force is anything to go by.

The film stars Melissa McCarthy and Octavia Spencer as former best friends accidentally reunited when McCarthy’s character, Lydia, accidentally injects herself with super-serum that Spencer’s character, Emily, has dedicated her life to creating. Comedic antics ensue as the two of them use the accident to try and stop the rise of supervillains.

It’s taken way too long for a superhero film like this, and Thunder Force leaves you wanting more. We deserve to see older women succeeding and making mistakes and being heroic.

We have seen older women succeeding and making mistakes yet being heroic: Cagney & Lacey, which ran on TV during 1981-88, and saw at least four TV reunion films in the mid-90s. And Sharon Gless and Tyne Daly were anything but obese. The series was co-created by 2 women (Barbara Avedon & Barbara Corday), and gave a good portrait of two policewomen from NYC with keen intellect that modern TV and film writers couldn’t hold a candle to.

All that aside, do these propagandists believe obesity is healthy or worthy of complete normalization? The film gets a very disastrous rating by both audience and critics alike on Rotten Tomatoes, and it’s not hard to guess it was all just produced for the sake of virtue signaling, not talent. That it’s supposedly a comedy does little to improve the product. So what’s Collider’s point? If the film tanked in Netflix ratings, not many are bound to want more. Certainly not coming from people who squandered talent for the sake of divisive ideologies.

Besides the above example, they also cited Unbreakable, by M. Night Shyamalan, which has problems of its own now prevalent in comicdom:

M. Night Shyamalan is such a divisive figure in pop culture, but he’s definitely innovative. Unbreakable is now part of the Glass trilogy, but it was a unique entry in the superhero genre back when it was released in 2000.The film stars stalwarts Samuel L. Jackson and Bruce Willis as antagonists in a war of wits, ideologies and morals. Though structured as a comic story, the film is more of a deconstruction of the genre—we’re used to the unbreakable heroes saving the day, what happens when they’re made of glass?

This film is dark and unnerving, which is heightened by Shyamalan’s experience directing horror. You’ll be left wondering how you would react were you in any of the characters’ shoes.

My reaction in retrospect was dismay at the deconstruction themes, because they’re so commonplace now, and this film did little to improve an already dire situation. I guess that’s part of the reason it doesn’t hold up well in hindsight. And if they see nothing wrong with deconstructionism, that’s as sad as it’s bad. Shyamalan may have talent, but I think this was a real bummer coming from him, and there’s far too much darkness in modern entertainment as it is.

No doubt, there have been films alluding to comics over the years with potential. But these two are just not good examples.