In theory, Arthur Penn’s The Missouri Breaks should have been one of the biggest box office draws of 1976. 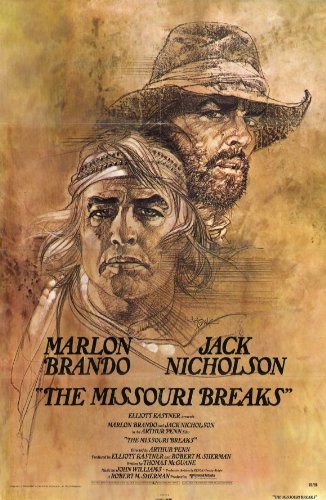 Two mega-stars in Marlon Brando and Jack Nicholson who were both riding high with memories of The Godfather, Last Tango In Paris (Brando), Chinatown and One Flew Over the Cuckoo’s Nest (Nicholson) still fresh.

In a genre (the Western) which had yet to enter it’s decades-long decline with John Williams (Star Wars/Jaws) handling the score.

Couple this with a director (Penn) who had just made the best picture of his career (Night Moves, 1975) and a literate script by then hot writer Thomas McGuane* (Ninety-Two in the Shade) all seemed set for for a big payday, with great write-ups and awards to boot.

The supporting cast was top notch, including Harry Dean Stanton, Richard Bradford, Frederic Forrest and the rather charming Kathleen Lloyd. 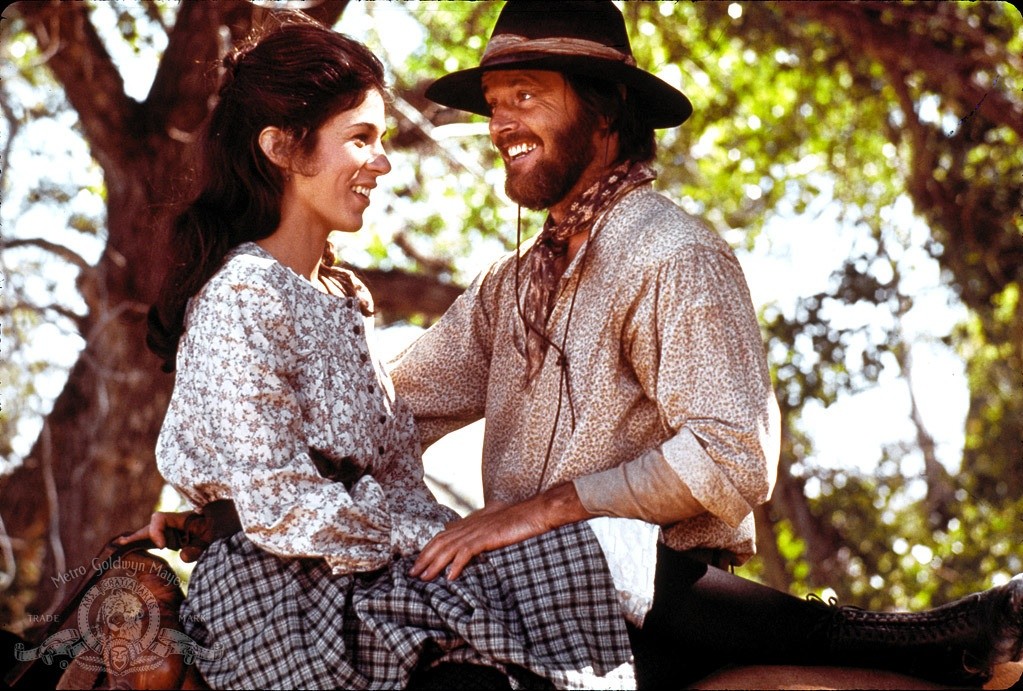 But no way was this picture going to be a smash.

Producers rushed the picture into production in the hope of hitting the awards season and making maximum profits – but the production was hampered by a troubled shoot (including onset accidents), an overly wordy script and last but by no means least, Marlon Brando.

Penn, for whatever reason, let Brando get on with his ass clowning, possibly in the hope he would calm down to shoot something more in keeping with the script at one point.

But not on this production schedule.

No such luck, with Brando turning in a performance that included adopting varying accents – from full ‘Oirish’ to fey lisping Yankee, snogging his horse, dressing in drag as a poke-bonnet sporting granny and other distracting antics.

To be honest, I like Brando in the movie, but I can understand why others don’t.

Having not learned his lesson on The Missouri Breaks, Nicholson returned to the Western genre two years later with the broader Goin’ South, which he also directed. Jack seemed to be suffering from (ahem) nasal problems during the shoot: