A Rising Mangaka Destroys His Career in One Fell Swoop


We want to clarify that the girl in question was indeed a teenager. This would fall under the victim being between the age of 10-17 years old. Tatsuya Matsuki himself is 29 years of age. The future of Act-Age at this point is unknown, but expect a major announcement by Jump soon. https://t.co/3q54857HZE

Another scandal in Japan’s manga industry, as a relatively new mangaka named Tatsuya Matsuki (or Matsumoto) writing – but not drawing – a story called Act-Age got arrested for sexual assault on 2 students:

The world of anime has been rattled with the revelation that the creator of one of the most popular manga series, Act-Age, has been arrested for “indecent acts with an underage woman”. Confirmed by Weekly Shonen Jump, the victim was between the age of 10-17 years old, understandably making fans wonder whether or not the manga will be continuing, as well as the upcoming anime adaptation and stage play that were in the works to translate the source material into the two live action mediums.

[…] Unfortunately, this isn’t the first time that we’ve seen controversy regarding the creators of the some of the biggest anime creators, as the creator of the samurai epic of Rurouni Kenshin, Nobuhiro Watsuki, was arrested for having pornographic items involving children. With Act-Age having just started with its manga in 2018, with twelve volumes currently released, the future of the series is definitely up in the air as things stand.

Though not clearly stated in the first report, there was a second victim, as this next report notes, along with how, unlike the lenient case with Watsuki, the Shueisha corporation’s going to grind this newer manga to a halt:

Today, reports confirmed the fate of Act-Age after its writer Tatsuya Matsuki was arrested for acting indecently towards a minor. Shueisha has chosen to officially cancel the hit series in light of the arrest. The final chapter of Act-Age will be shared in issue 36-37 of Weekly Shonen Jump.

[…] As NHK reports, Matsuki was riding his bike behind each of the girls before approaching them. The suspect fled after each encounter, and Matsuki told police there was “generally nothing incorrect” with the accusations laid against him. The case is still ongoing, but the incident itself is enough for Shueisha to warrant Act-Age’s cancelation.

Shueisha has released a statement regarding the abrupt end of Act-Age online. The publisher shared the note on MANGA PLUS, its online library for all of Shonen Jump. It was there Shueisha apologized to fans for disappointing them, but the magazine’s staff said it had to take accountability given the crimes at hand. 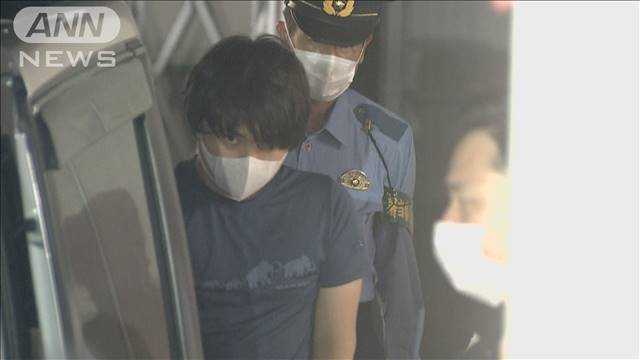 I’ll give the publisher credit for this – they’re taking far more responsibility than some USA publishers might. It’s a shame a story with a worthy premise like a girl getting into stage acting has been thrown to the winds because the writer turned out to be the kind of basket case Japan’s sadly got a problem with in certain segments. The worst part is that the artist’s now been saddled with an embarrassment on her resume, as explained by Sora News 24:

As mentioned in the statement, though Matsumoto wrote Act-Age, he wasn’t the one drawing it. Instead, it was Shiro Usazaki who provided the art for the series, which began serialization in 2018 when she was just 20 years old. With Act-Age rising in popularity while being carried in the pages of Japan’s most popular manga magazine, Usazaki’s professional career was off to a flying start, so it’s heartening to hear that Shueisha intends to help her find a new home for her talents.

I think the writer owes the artist a considerable apology all the same for soiling her portfolio with his crime, and the best way he can do that is to sit in prison and ponder the seriousness of his offenses. And maybe Shueisha should consider finding the lady something like Attack No.1 to draw, if only because that notable manga from the late 60s had a vaguely similar premise – a teen girl aspiring to become a volleyball champ. With any luck, another mangaka with more common sense will come along and conceive a similar story to that of Act-Age, and there’ve probably been others like it in past manga history anyway.