A Guilty (And Best Forgotten) Pleasure? Son of the Beach at 18

But what the hell, I really liked it at the time – and even licensed it for ITV4 in the UK, when I launched and ran the channel. But maybe, much like revisiting Entourage, the reaction will be ‘well that was crap, not what I remembered’. Still better than 2017’s lousy Baywatch movie though.

The hand of executive producer Howard Stern can be probably be detected in episode titles such as:

With Sex You Get Eggroll, Miso Honei, Mario Putzo’s The Last Dong, Attack of the Cocktopuss, Queefer Madness Booger Nights, Witness for the Prostitution, The Long Hot Johnson, Three Days of the Condom, You Only Come Once, Penetration Island, etc. 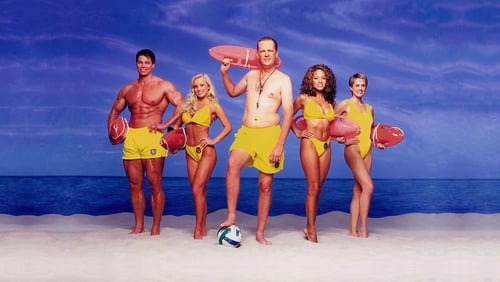 Subtle it’s not. Probably says a lot about my puerile sense of humour.

Here’s a few clips – so dive in! the water’s…kinda cloudy.