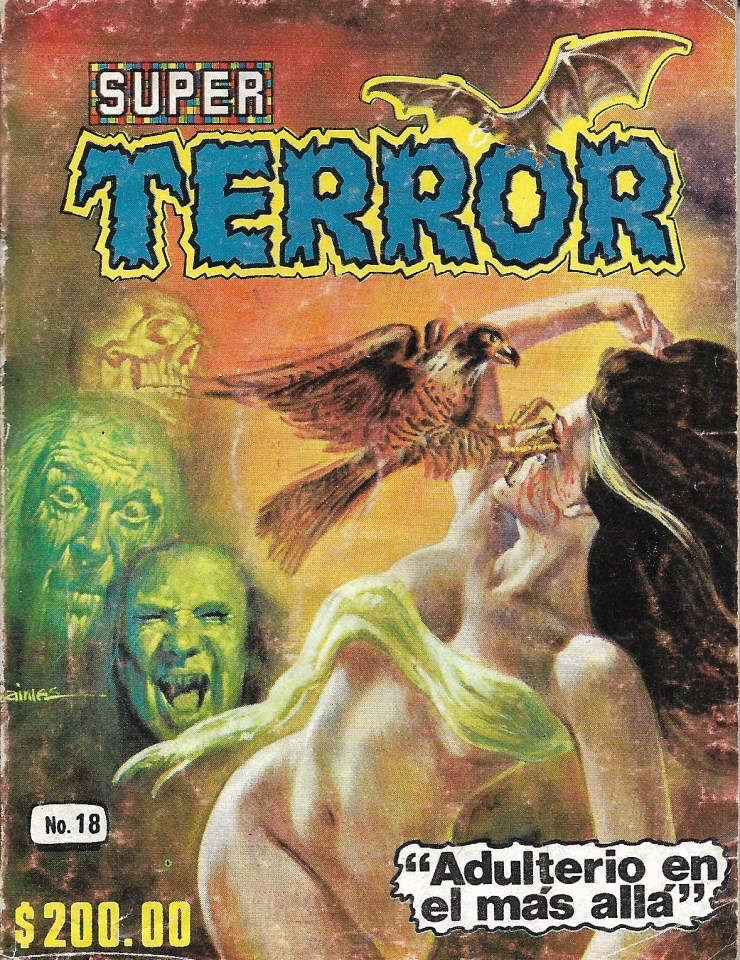 The Tor sci-fi news site covers some history of Mexico’s comic industry, which isn’t what it used to be by today’s standards, and the horror-thriller comics they once published, among other items. It also states that unlike the US, Mexico didn’t suffer censorship as badly:

For many decades Mexico didn’t have comic book shops and all comics were sold at the newsstands, many of the most popular ones in pocket-sized formats. The buyer of these trinkets were not only children, but often adults from the lower classes. This changed somewhat in the 1960s, with the development of more political, ambitious fare such as Los Supermachos, but comic books were considered, culturally, the bottom of the barrel. As you can guess judging by these descriptions, Mexican comics did not face the censorship issues American creators struggled with. There was no Comics Code Authority. This doesn’t mean people were not disturbed by the content of certain comic books. Starting in the 1940s, the Catholic Mexican Legion of Decency and the Union of Mexican Catholics began campaigning against the pepines (comics). 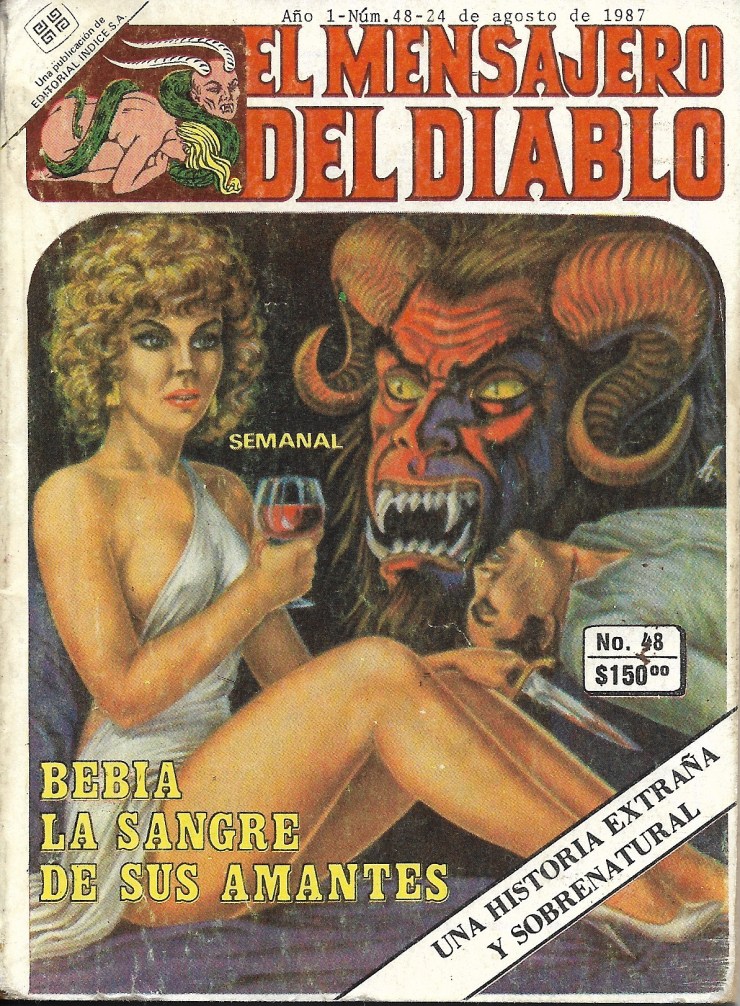 Eventually, the Mexican government targeted “indecent illustrations” through the Comisión Calificadora de Publicaciones y Revistas Ilustradas beginning in 1944. But though in theory any comic which denigrated good work ethics, democracy, the Mexican people and culture, utilized slang or lowered moral standards could be banned, the Commission simply did not have enough resources to accomplish much. Sometimes the Commission might threaten a title or publisher, even levy fines, but the comics quickly appeared under a new name. It was like a game of whack-a-mole.

Mexican comic books were also allowed to exist uncontested due to nationalist fears. The Mexican government was worried about a possible Americanization and loss of Mexican values, and therefore it viewed local comic production as a positive development. That the lurid comics did not really attack the status quo, nor engaged in political attacks, also lulled the government into a feeling that such entertainment was fine.

I gotta admit, that’s pretty amazing. It’s not like Mexican writers and artists don’t have their share of mistakes and questionable content, but unlike the misfortune suffered in the US after Wertham ran such sloppy assaults on comics as he did in the early 50s, Mexican output didn’t have to contend with that kind of hysteria. The industry there also had its share of erotic-based fare, and that didn’t suffer too badly either.

Today, however, the Mexican industry is much smaller than it used to be:

Comic books had flourished because they could provide explicit images and content for people on the move, but the Internet was now allowing consumers to access such content without the need for a flimsy booklet from a newsstand. Plus, there was much more competition from foreign titles, including manga. To make things even worse, Mexico’s paper supply was privatized as a result of the North American Free Trade Agreement. Subsidies ceased. 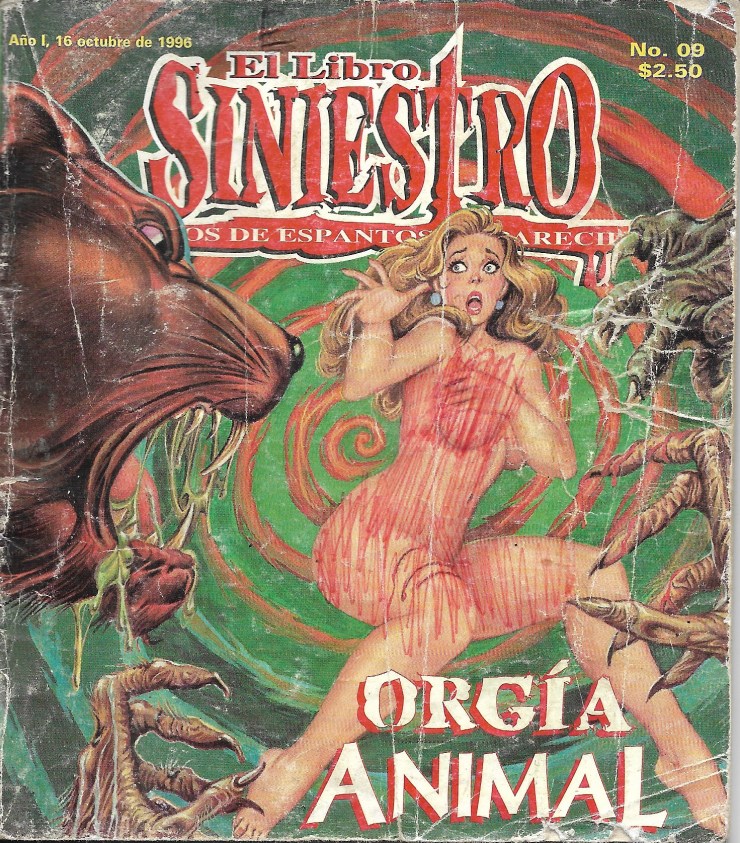 Nowadays, the comic book industry in Mexico is a shadow of what it was.

Many of the horror comic books from the Golden Age were unsigned or signed with pseudonyms. They were poorly paid work-for-hire and often artists did not want to be associated with them. We do have some names, though: Juan Reyes Beyker, Velázquez Fraga, Ignacio Palencia, Heladio Velarde, among others.

While I’m not much of a fan of the horror genre, it’s still honestly a shame if the Mexican industry fell far from what it used to be. But, at least in the past, they didn’t suffer the same kind of censorship US comics did back in the day.