The Way of Water, an unmemorably subtitled teaser trailer for the second Avatar film, was released this week. James Cameron, the film’s inventor and director, revealed it on Twitter with a subtle, “I’ve been looking forward to this.”

If the 97-second trailer appeared to be an oddly low-key method of promoting the first sequel to the highest-grossing picture ever made, Alexander Larman of YahooNews UK says it failed to inspire him. According to Larman, not only did the much-hyped clip appear “second-hand and oddly cheap,” but it was also virtually indistinguishable from the teaser for Avatar: Frontiers of Pandora, the upcoming computer game.

There are many other reasons why Cameron’s long-awaited (very long-awaited, in fact; it was first promised in 2014, and perpetually delayed since then) film seems to be doomed to an ignominious reception upon its release this December. Much of the appeal of the first film lay in its use of the then-revolutionary “true” 3D technique upon its release in late 2009, which gave it a must-see cachet that drew the curious to the cinema over and over again, resulting in a box office gross of nearly $3 billion.

But watched at home, away from the sturm und drang of the theatrical experience, it became painfully obvious that the film was Cameron’s weakest in over a decade, perhaps ever. Once the revolutionary special effects were stripped away, all that was left was a thin storyline that bore a suspicious resemblance to the 1992 animated picture Ferngully: The Last Rainforest, largely indifferent performances from an undistinguished cast (a scenery-chewing Stephen Lang and Cameron regular Sigourney Weaver excepted) and a drably earnest ecological message.

Only some thunderous action scenes – always a Cameron speciality – and the novelty factor of its 3D presentation distinguished it from many far less hyped films. The multiple awards that it won or was nominated for were surely gratitude for its financial achievements, rather than recognition of its success. 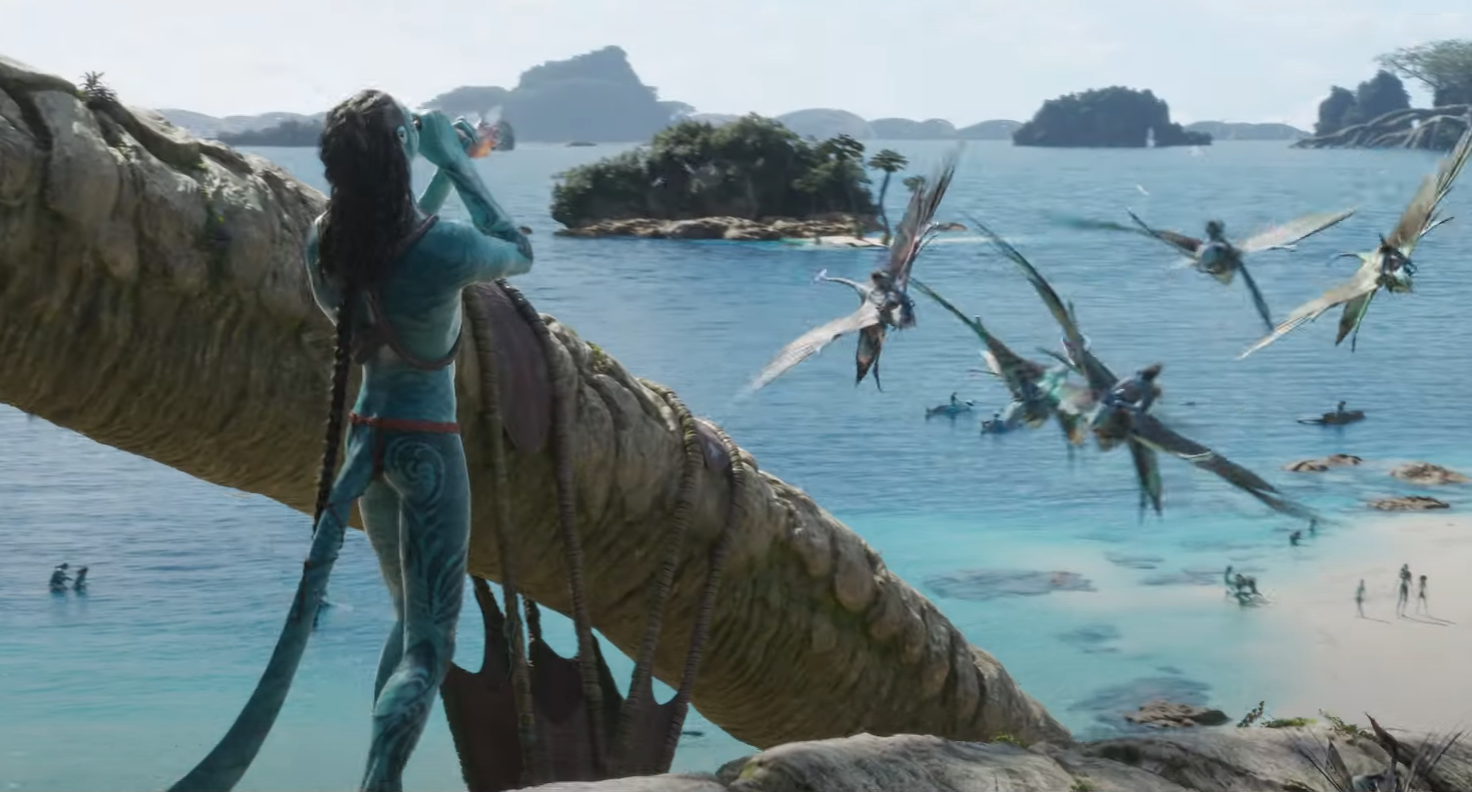 Now that Way of Water is nearly upon us, 13 years after its predecessor. It is unfortunate that Cameron’s leading man (or, to be more exact, leading Na’vi) remains Sam Worthington, the Australian actor who manages to make a plank of wood look like Daniel Day-Lewis, just as it is a shame that, judged by the first footage, the much-vaunted underwater motion-capture effects (which accounted for much of the delay to the originally proposed release date) look distinctly underwhelming.

It is a pity that Cameron’s composer of choice, James Horner has died in the intervening years, to be replaced by his former arranger Simon Franglen. It may be problematic that Cameron’s long-standing studio 20th Century Fox has been acquired by Walt Disney, who will be watching the film’s commercial performance with bean-counting precision. And, perhaps most of all, it is profoundly disappointing that one of cinema’s greatest directors has been so side-tracked and distracted by prizing technical detail over character, storyline and emotional effect.

Cameron has, to his credit, been consistent about his envelope-pushing interest in special effects. With the exception of his Arnold Schwarzenegger and Jamie Lee Curtis action-comedy True Lies, every single one of his previous films since Aliens has won Best Visual Effects at the Oscars. There is probably no filmmaker alive today whose work has been so innovative in its field, whether it is the revolutionary (and still impressive) morphing techniques that he launched in 1989’s The Abyss and then perfected in 1991’s Terminator 2: Judgement Day or the painstakingly detailed recreation of the sinking of the Titanic in his eponymous 1997 blockbuster. And yet as soon as he became fixated on motion-capture filmmaking, his entire approach to cinema changed.

No. Avatar 1 got us with its spectacle and visual effects. But it’s a movie that gets worse and worse each time you watch it, when you realize it’s just big budget Ferngully

If the box office success of Avatar was a commercial vindication of Cameron’s approach and interests, then it is unfortunate for him that the intervening decade and a half has seen cinema and theatrical exhibition change beyond recognition, with the rise of streaming services endangering the cinema experience that he so prizes.