In December, Bleeding Fool contributor George Alexopoulos drew a series of comic strips on Reddit.com/r/comics. One of those strips was voted the #1 comic of all time on the website, and then all of the sudden he was subsequently attacked and brigaded by the community, mislabeled as “alt-right” and worse.
Here is the strip in question.. 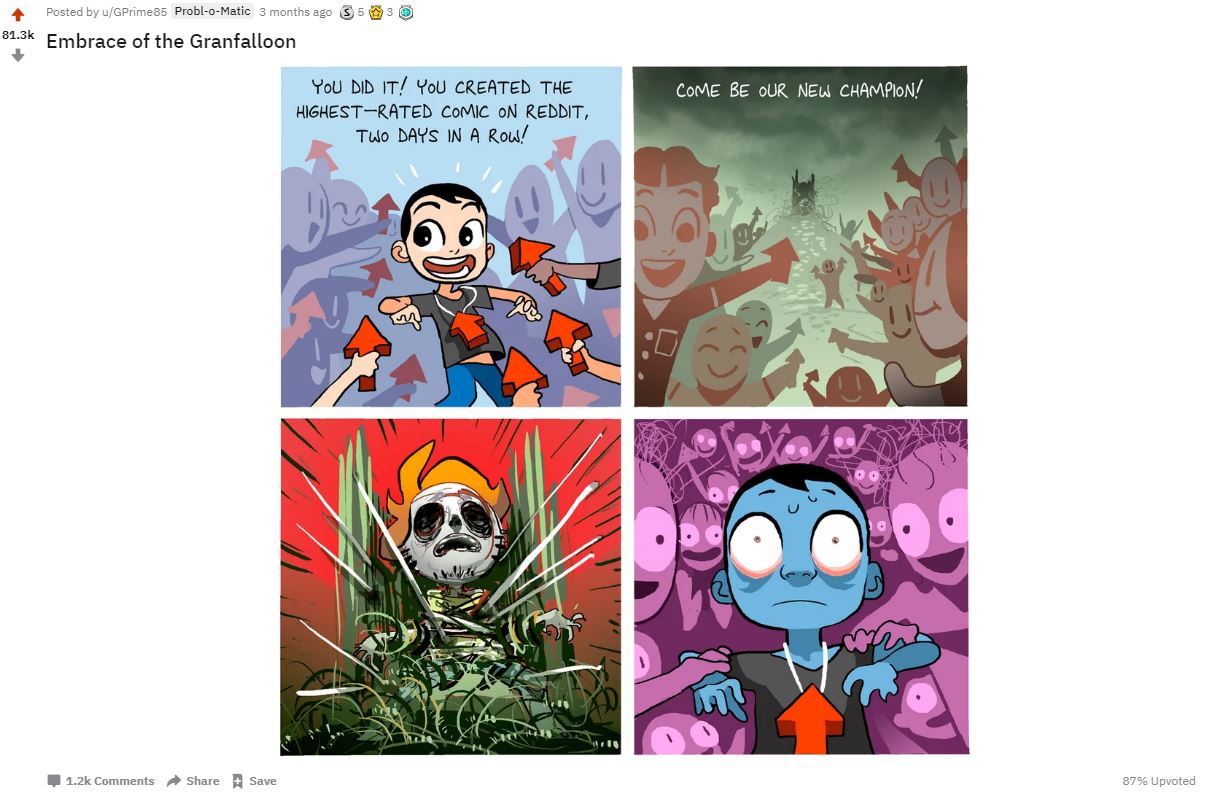 This comic achieved (and still holds) the #1 spot of all time on the sub.

And yet, he was also told that the Reddit moderators were looking for grounds to have him banned from the subreddit (or the Reddit website itself), because he had also posted some of his political strips on /r/the_donald.  After posting that strip above, some readers went to George’s Twitter account to dig up more info on him. That’s when they also learned that he follows people like Jordan Peterson, a Canadian clinical psychologist and a professor of psychology at the University of Toronto. Dr. Peterson is also a man whom the ‘Progressive Left’ has recently become very afraid of. Does the list of people you follow on Twitter confer the right of others to harass you? 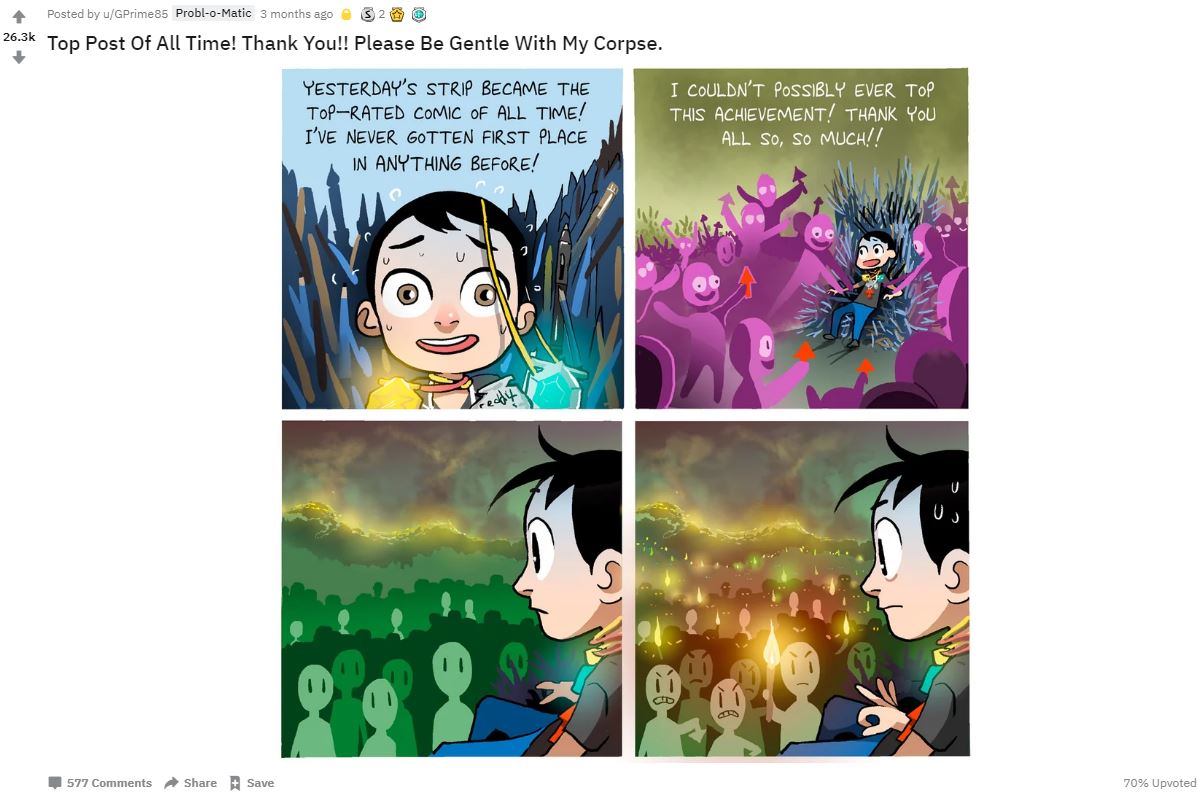 In George’s next comic-post (above), he drew the “Hand Circle Game” as the punchline. Unfortunately, that hand gesture in the last panel, an “okay” hand symbol, triggered some readers, confirming their assumptions that George was “alt-right”, or possibly even worse. They believed George had infiltrated their community and they rabidly down-voted his next posts so that they earned a score of 0 (or below).
George received hundreds of nasty comments, and some PM’s which were  actually threatening violent assault. One person even tried to post some of George’s personal information in an attempt to dox the artist. He received messages with comments like, “If you don’t stop posting your work, we’re going to do it for you.”
And still, George persisted. 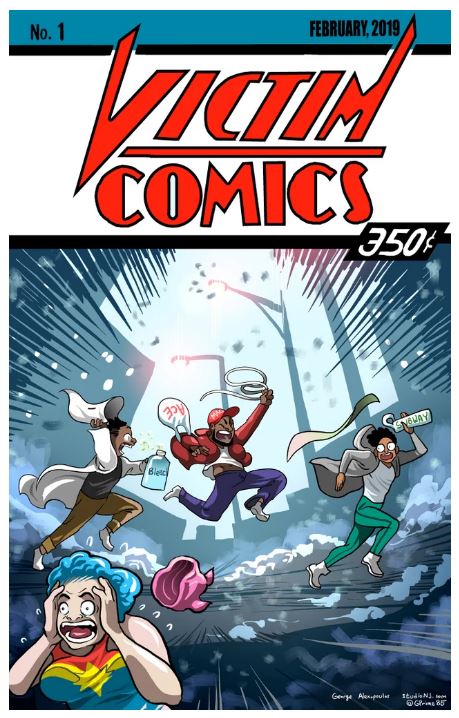 The brigading continued for weeks. Every time he posted a new comic, hundreds of people were waiting to downvote the post as soon as it went up so that it couldn’t rise up to the front page of r/comics anymore. His suspicions of brigading were confirmed by some the moderators on Reddit. Thankfully, people who had written especially nasty comments were suspended or banned from the subreddit. But, eventually it got so bad that some people began to follow George around Reddit to other subs, where he had tried posting to ask for advice. Most other displeased readers were merely annoyed by the content of the comic strips and let it be known, which is perfectly acceptable.
George believes the real reason for the attacks were because of his personal politics. Alexopoulos considers himself a Centrist Libertarian. 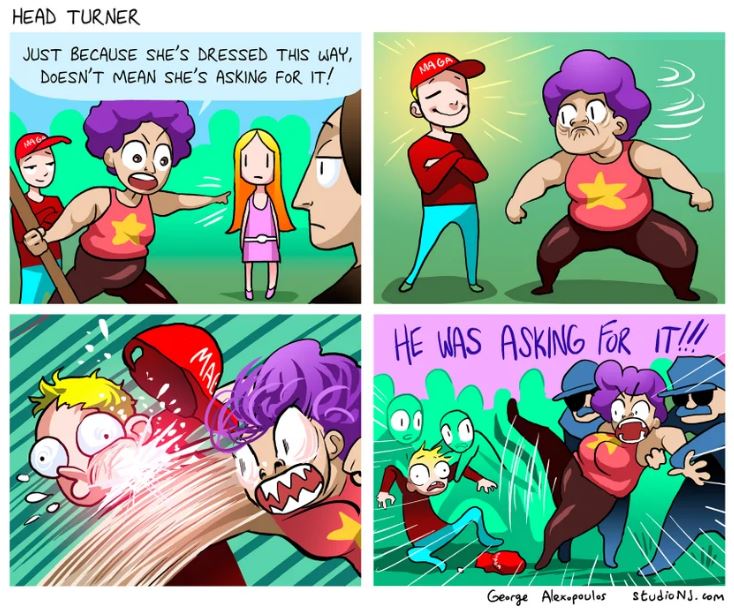 It got to the point where George was ready to give up posting on Reddit altogether. He’s a freelance illustrator who had found some work through the site, but he started becoming concerned that those same brigades might go after his clients too. Alexopoulos even began considering switching careers, convinced that his reputation had been ruined. He just couldn’t keep up with the onslaught of accusations and nasty comments, because anything he would say would be down-voted into invisibility. (On Reddit, too many downvotes will basically hide anything you post. This can be easily abused, as you might imagine.) 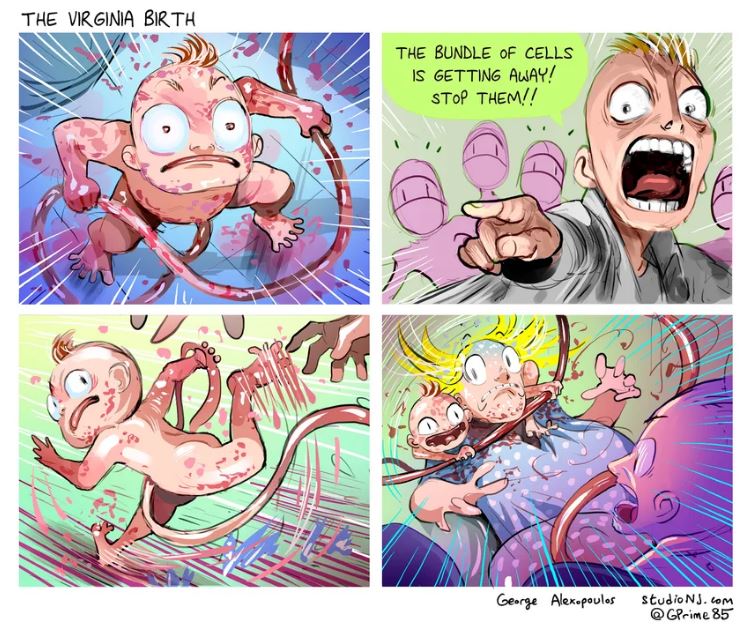 A few weeks went by, and Alexopoulos managed to jump on a livestream being done by Ethan Van Sciver (Comic Artist Pro Secrets on YouTube). George explained what had happened to Ethan, and Ethan invited him on to tell his story. Some of the creators in Comicsgate and many of the fans responded and extended a helping hand. Once he had been given a platform to explain what happened and to do it on a large and welcoming platform, George was encouraged to start an IndieGoGo for his Prob-Lo-Matic webcomic. Several weeks passed without any major trouble. George began posting some of his recent comic strips on Reddit, including a few political cartoons based on current events like the Covington Catholic incident. He decided not to post them on r/comics, however. Instead, posting them on subreddits like r/JordanPeterson and r/The_Donald, where he expected the content would be more to the tastes of those readers.
But his haters had been shadowing on Reddit all along and noticed that he was posting again. Within hours, George received a very stern warning from the moderators that his new content was being reported. They notified him that he was in danger of being banned from posting altogether. The net result, George presumed, would be that his #1 comic would be “dethroned” and he wouldn’t be welcome in that community anymore. In short, it seems that his work had been getting reported for months, but since he hadn’t technically broken any specific rules, he was still hanging on by a thread. 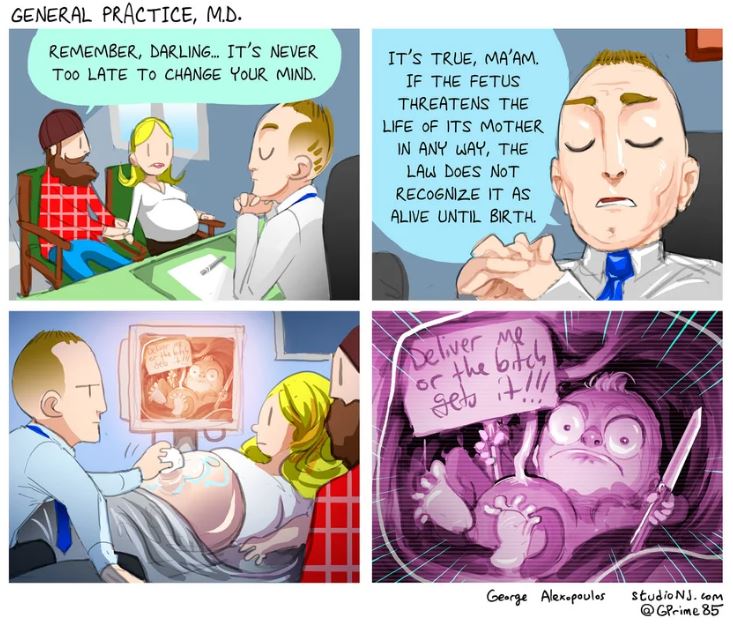 It isn’t hard to conclude that his opponents wanted to silence George because of his personal beliefs, philosophies, and politics, which, by any measure, are quite mild. Sources confirmed this privately, but are unable to come forward because they’re afraid of being doxxed. There appears to be a deliberate campaign taking place to silence moderate and conservative creators in several areas of entertainment, including web and indie comics.
George’s anecdotal experiences are certainly proof of that.
Artists like George are creating content that others not only find offensive, but sacrilegious. People are actively conspiring and coordinating to silence centrist and conservative creators. If this continues, legal action may be the only recourse. 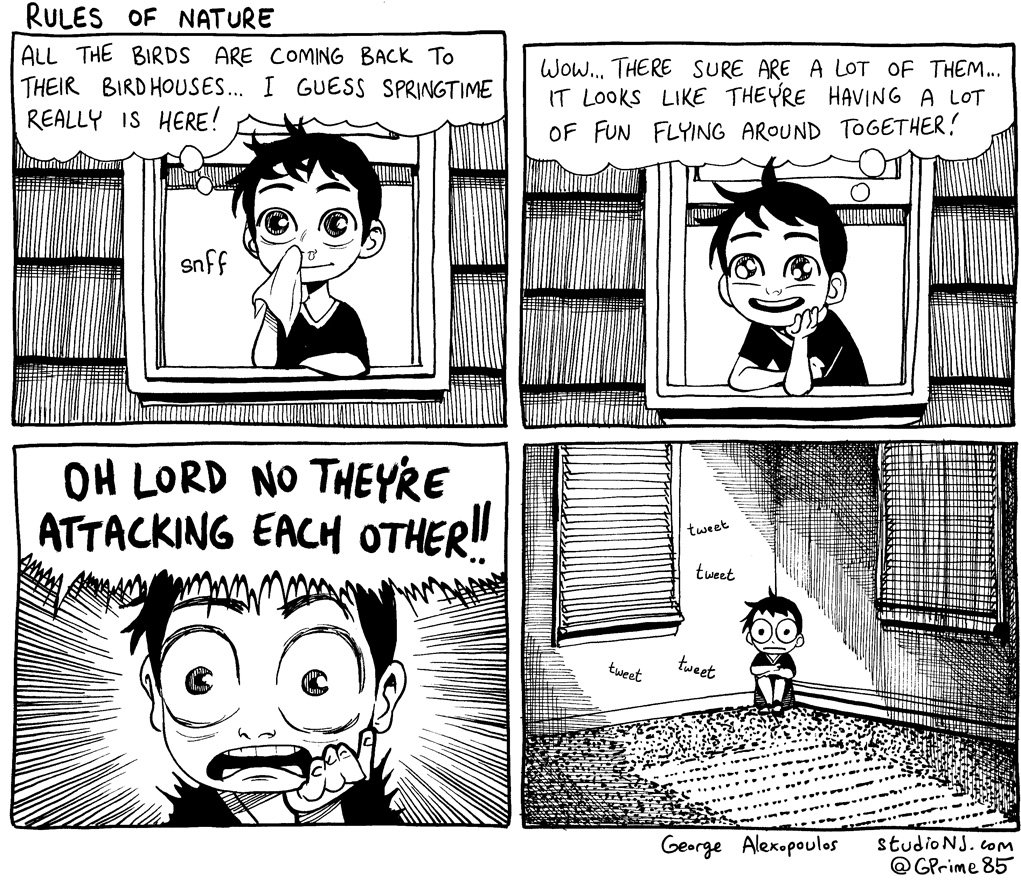 George is an infrequent contributor to this website and has recently launched another project on Indiegogo.