Check Out this Gonzo ‘Batman’ Comic Based On an AI Bot’s Script!

A couple of months ago, an alleged artificial intelligence (AI) generated Batman script hit the scene on Twitter. It was the experimental brainchild of comedian and writer Keaton Patti, who announced that he had conducted and experiment of subjecting a bot to several hours of Batman movies to find out what an AI-generated script for a Batman movie might look like.

I forced a bot to watch over 1,000 hours of Batman movies and then asked it to write a Batman movie of its own. Here is the first page. pic.twitter.com/xrgvgAyv1L

It’s worth noting that Patti has been doing this same shtick with all sorts of subjects, most recently subjecting bots to watch everything from Olive Garden commercials to the Superman films. Not everyone is convinced it’s an actual bot doing the writing, but creator Will Valle enjoyed the AI Batman script so much, he decided to make a comic based off of it. The resulting combination of the two is bizarre, crazy, gonzo, and fun.

We’ve shared some of Will’s work before, and we thought this latest creation was certainly worth sharing. Enjoy. 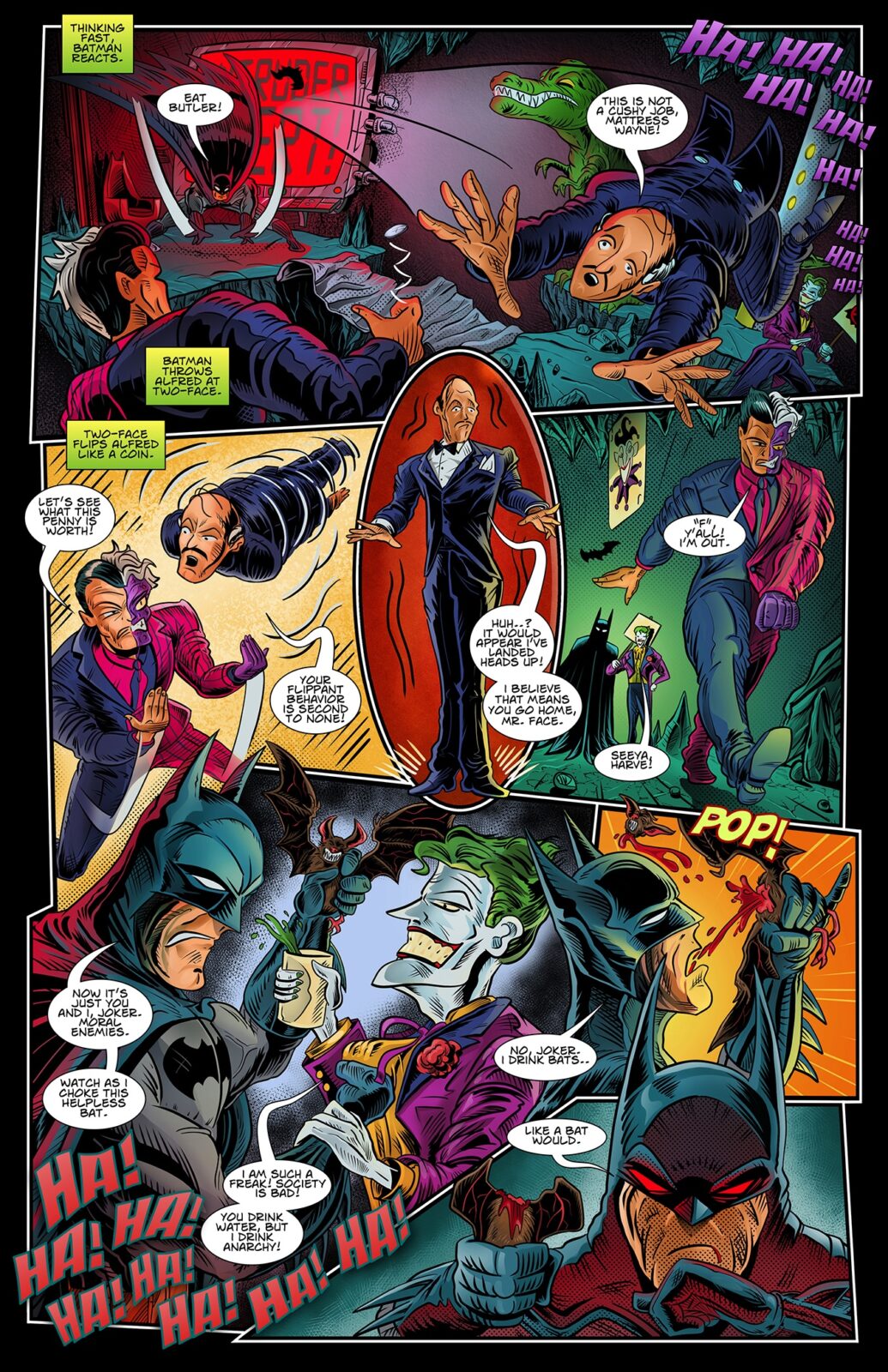 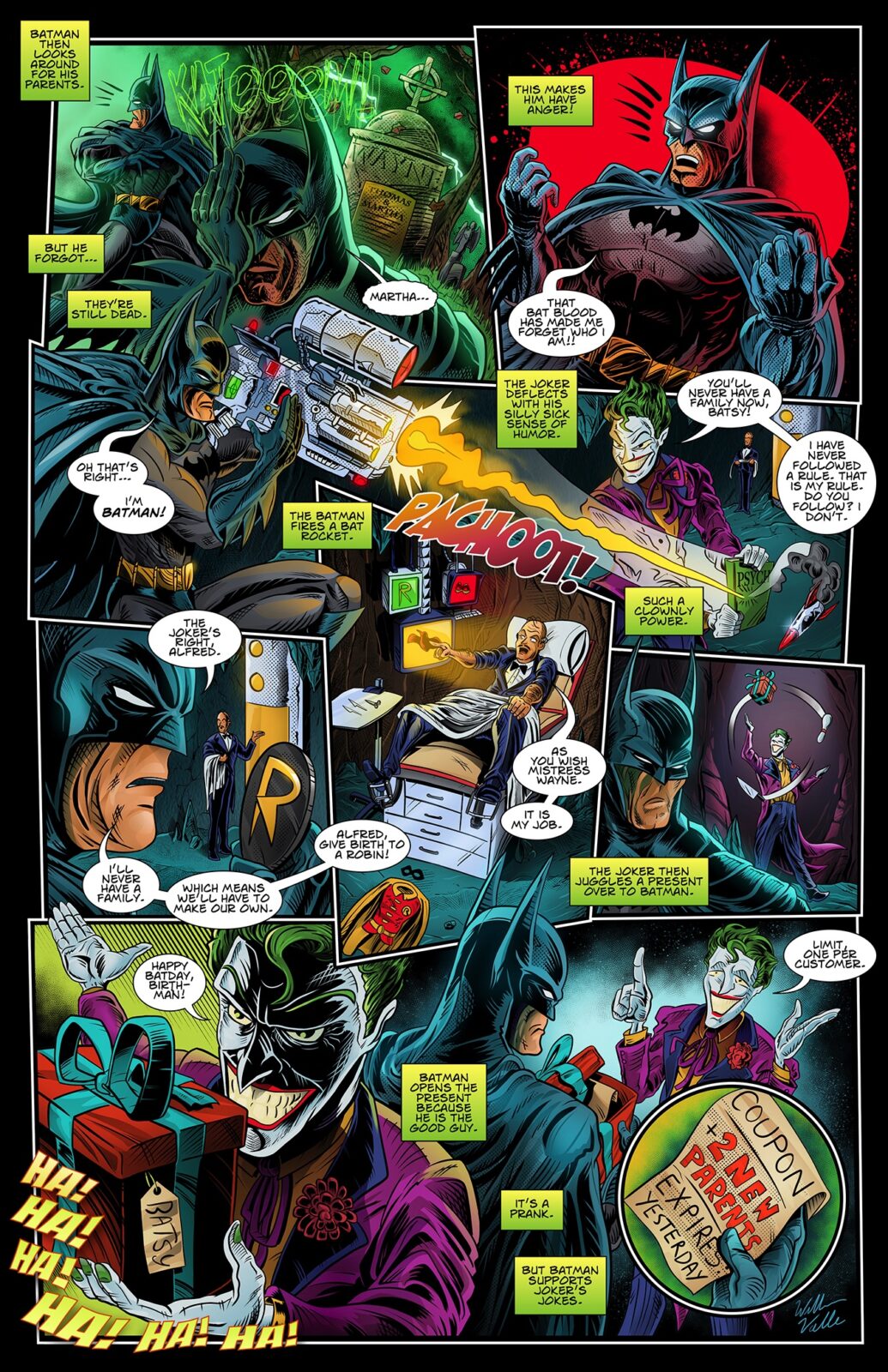 ‘Botman Forever’ is unofficial fan content. Portions of the materials used are property of DC Entertainment and Warner Bros. This work is not sponsored, endorsed or administered by, or associated with DC Entertainment or Warner Bros. and is strictly to be considered as fan art. Batman was created by Bob Kane and Bill Finger.

Check out more artwork by Will Valle here.