Employment in the United States is at some of the best levels since before the Great Recession started. In fact, unemployment is at it’s lowest rate in 45 years and, now at 3.9 percent for all Americans, while the jobless rate for black workers is 6.6 percent, the lowest figure since record-keeping began in the early 1970s. Yes, record-low joblessness for the black population, and for Latinos.

Actors, sports figures, and media personalities are all making more money than they ever dreamed possible, and yet, in my favorite hobby and industry, comic creators are still finding that there’s simply no money in comics.

Comic book careers are like musical ones. A vanishingly small number of us can fill arenas, a lucky few get a hit or two and can tour our whole careers, most are gigging at local venues, some just jamming in the garage.

In the comic book industry, it is well-known that standard page rates haven’t kept up with inflation. In fact, they have fallen. Comic book sales have also fallen. And for comic writers, pencillers, inkers, colorists, and letterers, creatives are getting paid less than they would have twenty or thirty years ago. In fact, back in 1978, a group of pros formed what they called the Comic Book Creators Guild in an to attempt to unionize the industry.

Comics Alliance wrote about it back in 2015:

Members of this group included Paul Levitz, Neal Adams, Jim Shooter, Frank Miller, Walt Simonson, Chris Claremont, and more. One of the things the group did was put together a list of recommended rates for publishers, which CosmicBookNews posted last week. The union ultimately didn’t work out, and the saddest thing is that the very reasonable rates they posted still aren’t hit today by many publishers, even adjusted for inflation.

The recommended rates also included very generous payments for foreign rights and reprints, which creators are not always paid for today. Here’s the list: 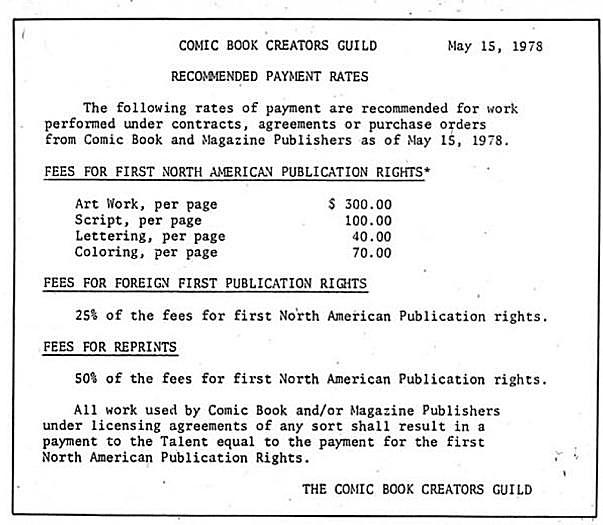 Adjusted for inflation, those rates today would be:

It’s not an overstatement to say that these rates, adjusted for inflation, dwarf most creators’ rates today. There are maybe a few very, very top level creators who make similar or higher rates, but primarily only writers and artists working at top-tier publishers. In fact, there are a lot of creators in comics today who don’t even make as much as the 1978 rates quoted without adjusting for inflation. And there are a lot of creators in comics who can’t afford to make comics full time because they don’t make enough doing so.

Creator rights came up again, nearly 10 years later as a group of indie creators birthed The Creator’s Bill of Rights. This group included creators such as Scott McCloud, Peter Laird, Kevin Eastman, Larry Marder, Dave Sim, Rick Veitch and more. And the most recent and memorable movement for creator’s rights is seen as the establishment of Image Comics by Jim Lee, Todd McFarlane, Erik Larsen, Rob Liefeld, Jim Valentino, Marc Silvestri, and Whilce Portacio, who after being disillusioned by Marvel Comics profiting from their work, broke off and formed their own comic book publishing company and rose to prominence in the 1990s.

But even after these major movements, some that helped, while others merely dissipated, creator rates in the comic industry are still very poor. Creator Resource has published lists of SEVERAL updated rates for all facets of comic creators available from several publishers. It’s depressing. And for every successful comic book writer or illustrator who acquired a formal education or worked their way up the ladder for years, there are many more who broke into the industry all by themselves. It’s an industry that lends itself to freelancers and those with raw talent.

Unions were first created to help workers in certain industries attain equal wages, benefits, rules of the workplace and more. However, when you consider the hiring-package for someone at a tech firm, chances are pretty good that they’re given an above-average starting salary, excellent benefits and possibly an equity share of the company. So, there’s no obvious need to be unionized in certain industries.

In the comics industry, the challenge is even worse. Besides the fact that sales are down, and technology has made creating comics easier and cheaper. We also have a lot of non-comics writers writing comics these days. While a talented and in-demand creative could potentially negotiate a contract that would include set rates based on their pedigree and talent, ultimately the free market would decide what they’re worth based on sales. 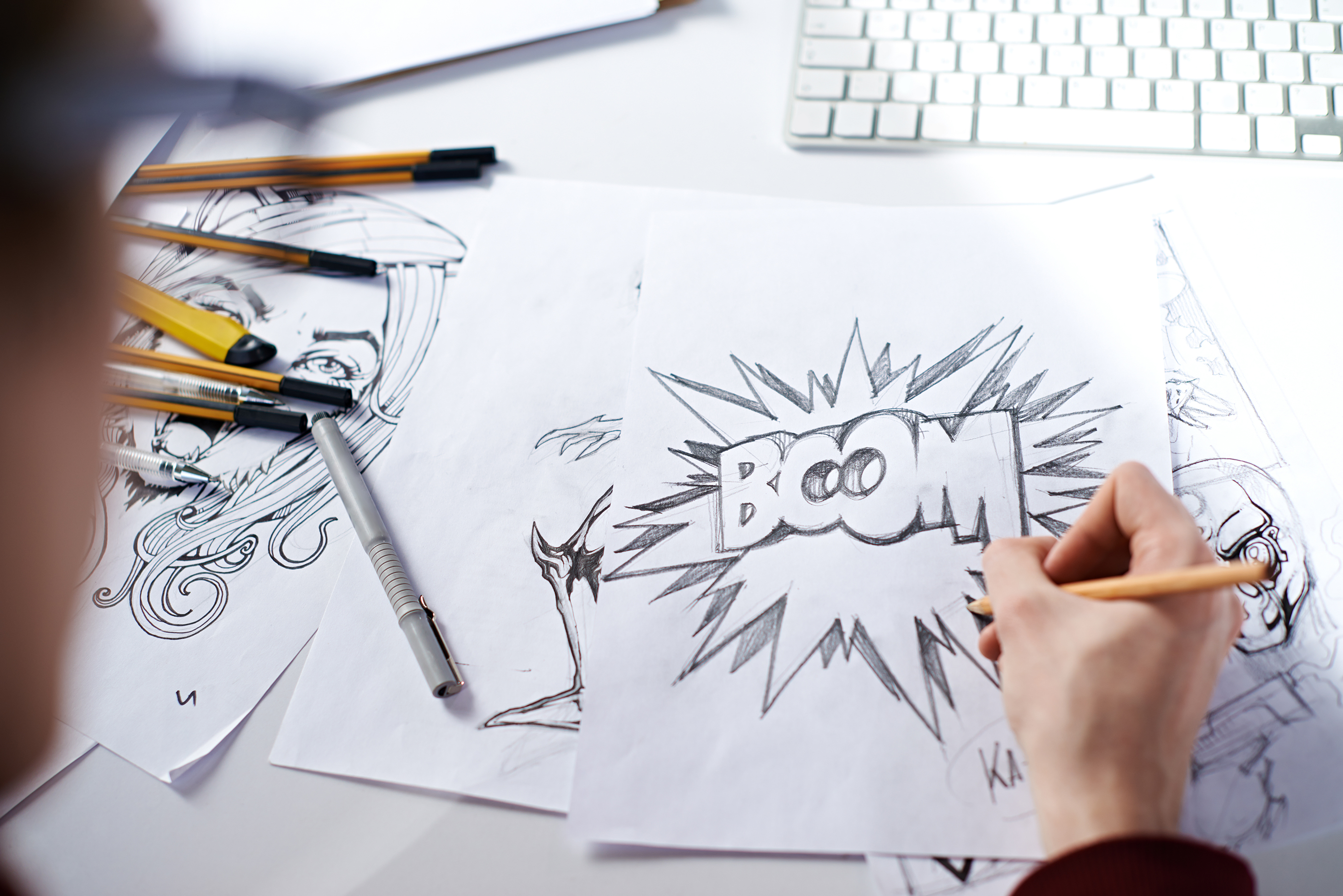 A union’s main purpose is being able to negotiate benefits, conditions and pay. Their greatest weapon in these negotiations is the influence they wield to persuade its members to strike. Is there any doubt that the comic publishers would be able to find freelancers willing to cross those picket lines to work in comics?

In 1941, when animators at Walt Disney Studios went on strike, Walt fired 17 of his animators. The next day another 200 employees went on strike and after many back and forths, eventually the NLRB convinced Walt Disney to sign a union deal. Walt never forgave the participants and subsequently treated union members with contempt, arguing that the strike “cleaned house at our studio” and got rid of “the chip-on-the-shoulder boys and the world-owes-me-a-living lads”. He later testified to the House Un-American Activities Committee, that communism had played a major role in the strike, and many of the participants were blacklisted from the industry. Is that something comic creators are willing to risk?

Marvel, as well as Disney, are publicly traded companies, and therefore have a vested interest in how the public sees them. Chuck could grieve the termination if there was a comics union, and take it to arbitration or court, but the company was well within their right to terminate him and you can rest assured that they have the best paid lawyers informing them of their legal options and liabilities in cases like these.

And when it comes to this industry today, publishers like Marvel and DC employ internationally. Simply put, they have people working for them that aren’t subject to U.S. law, further diminishing a union’s impact. Right to work laws already vary from state to state in the U.S. as it is, complicating things even further. Possibly the best insurance for a creator is impressing yourself upon the consumer’s adoration and keeping that reputation.

Many people have been raising the question of unionizing the comic industry again after Marvel recently fired Chuck Wendig from a ‘Star Wars’ limited series and cancelled Chelsea Cain’s ‘Vision’ mini-series after she turned in the first issue. The fact is that even with union contracts, companies still get to determine workplace rules and the consequences of violating those rules. In Wendig’s case, his arguably offensive tweets had an impact on the reputation of the company, even though they were being posted on his personal blog as a private individual. 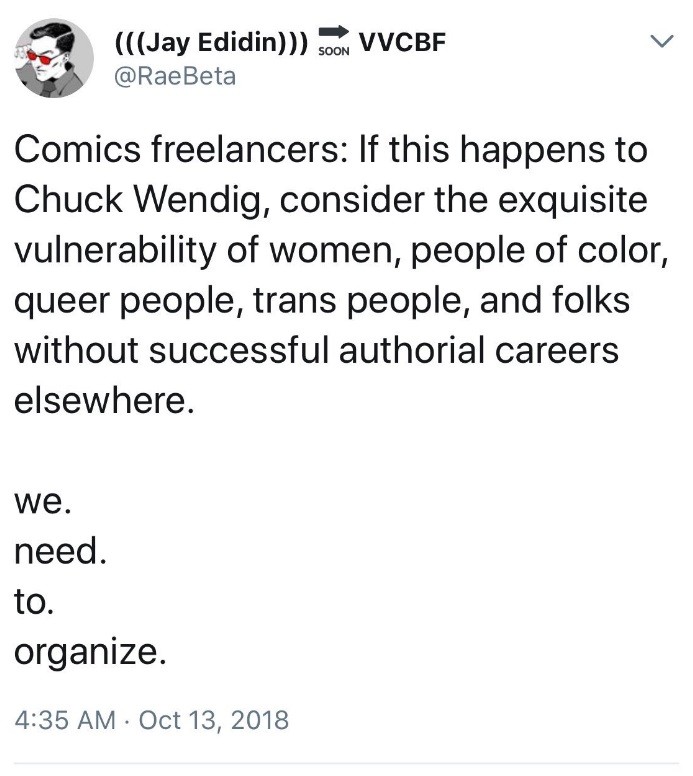 Chuck Wendig, and Chelsea Cain, were not wronged, legally or morally. Wendig risked hurting the Star Wars brand on his public Twitter account, and instead of stepping back and cooling off, he doubled down again and again. It was an easy decision for Marvel. He ended his employment at Marvel when he decided that the “time for civility is over.” No union could have protected him.

As for Ms. Cain, her series was still in development and still unpublished. During the inordinate amount of time it took her to get to the first issue, the public’s perception and interest had evolved and Marvel no longer saw her series as a viable product. Marvel paid her for all the work that had been done, and even including what wasn’t finished and moved on. Most likely her contract was for the work, rather than any obligation for Marvel to publish said work. Does anyone think Marvel would sign an agreement obligating them to publish someone’s work – sight unseen?

The same thing happens in several other industries, including entertainment. Thankfully, most of those it happens to don’t then turn around and trash their employers ad nauseam, playing the victim-card. Such unwelcome attention-seeking is very unbecoming.

Besides, when it comes to Wendig’s case, it’s been made public for some time that both DC and Marvel have contractual terms about what their freelancers and staff can say on social media and to the press. It’s pretty liberal too. Doubtful Chuck’s free expressions on twitter were going to be exceptions to that. 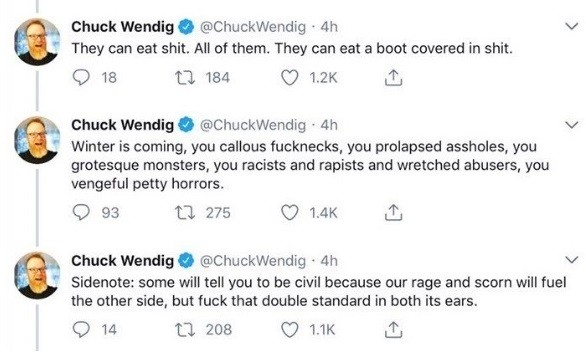 Augie De Blieck Jr. has some sage advice for people who want to work in comics… “don’t,” but for those who insist, he offers the following.

Don’t make comic book production your sole source of income. Whatever you do, don’t make that mistake.  Yes, at the beginning, you might need to be heads down drawing to build up a library to capitalize off of in the long term.  That might be in residual sales or just in the reputation that you can do the work.

Have you seen the mess Marvel and DC are in these days?  Do you want to rely on them to pay your mortgage or rent every month?  They can’t responsibly schedule a series to give creatives the time to get the work done. They can’t start a new shiny imprint without backing off it as soon as possible. Their editorial decisions are subject to the whim of their corporate overlords.

You need to be prepared to do other work. It might be “comics adjacent,” like covers for other publishers, commissions for fans, or the design side of things for action figures or statues or something.

But it would also be a good idea to dip your toes into the animation world or the video game world.  See what that’s like.  I’m not saying either of those is very stable, either, (video games are a friggin’ disaster) but at least the animation folks have a union that can help you with health care and other benefits, if you do enough work there. 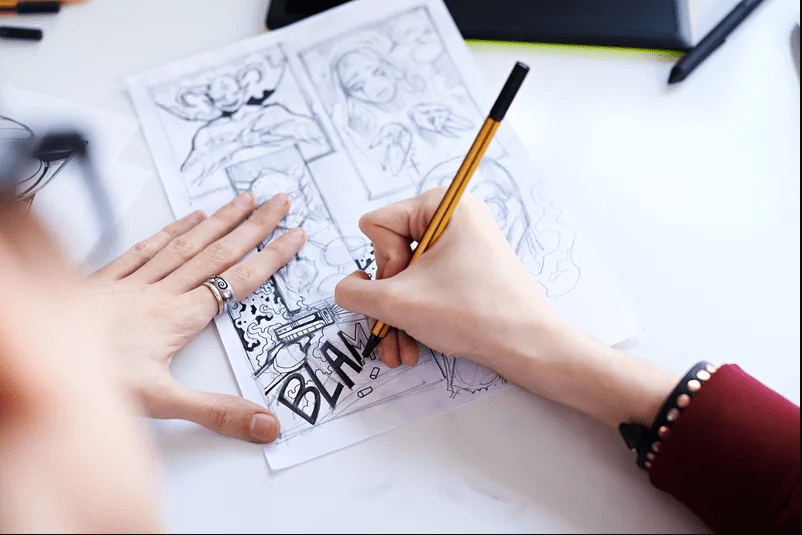 Don’t get me wrong. I would like to see working conditions and pay rates improve for comic creators, but the market itself will have to set the pace and standard. Comic sales are currently trending down, no matter what the industry pros and their sycophants try to tell you. Until the sales improve, the conditions are not likely to improve.