The inspiration: Some days ago, I was asked to do a character for the Comicsgate controversy, and I did Connie Brooks. People liked her so I did a little gathering of ideas and votes for her alias name and her powers. Her “super” name was decided as “Meta Maiden” and her powers were tied on “making peoples thoughts visible” and “temporarily getting powers that she reads in comics”.  Since those are two powers, and the later could be OP, my take was as follows:

Connie is normally just a girl with the power of making people’s superficial thoughts visible, and she uses this power to piss of people or blackmail them, but then she can read a comic and transform into the costume (kinda like Green Lantern does), then she stops having the mind reading power and is instead substituted by the power she read about. This power would last a short amount of time (maybe about 30 minutes) , and then the transformation would stop. For this power, I think it could work something similar to Re: Creators; that the power comes from readers’ acceptance, meaning that if a lot of people have read, for example, Superman, their collective minds would give power to her impersonation, but if someone just draws a few pages of a super op character, it would not work, since only a handful of people know it and most people would not accept a stupid op character for no reason. This is kind of a way to express the Comicsgate concept of not accepting stupid ‘Mary Sue’ diversity characters who have no meaning beyond simply injecting politics: Only real characters that people already know, like, and accepted could power her.

Also since the power really comes from people’s minds, when she uses it with a character’s powers, she “drains” the readers for a while, meaning she can’t transform into the same character again until some long time passes and readers “recharge” by reading new comics of that character. That way she can’t just spam the most popular one, and have to resort to picking the best one each situation. Some characters in fact may have so little readers (or be so old) that she can’t repeat them in years, or never at all. 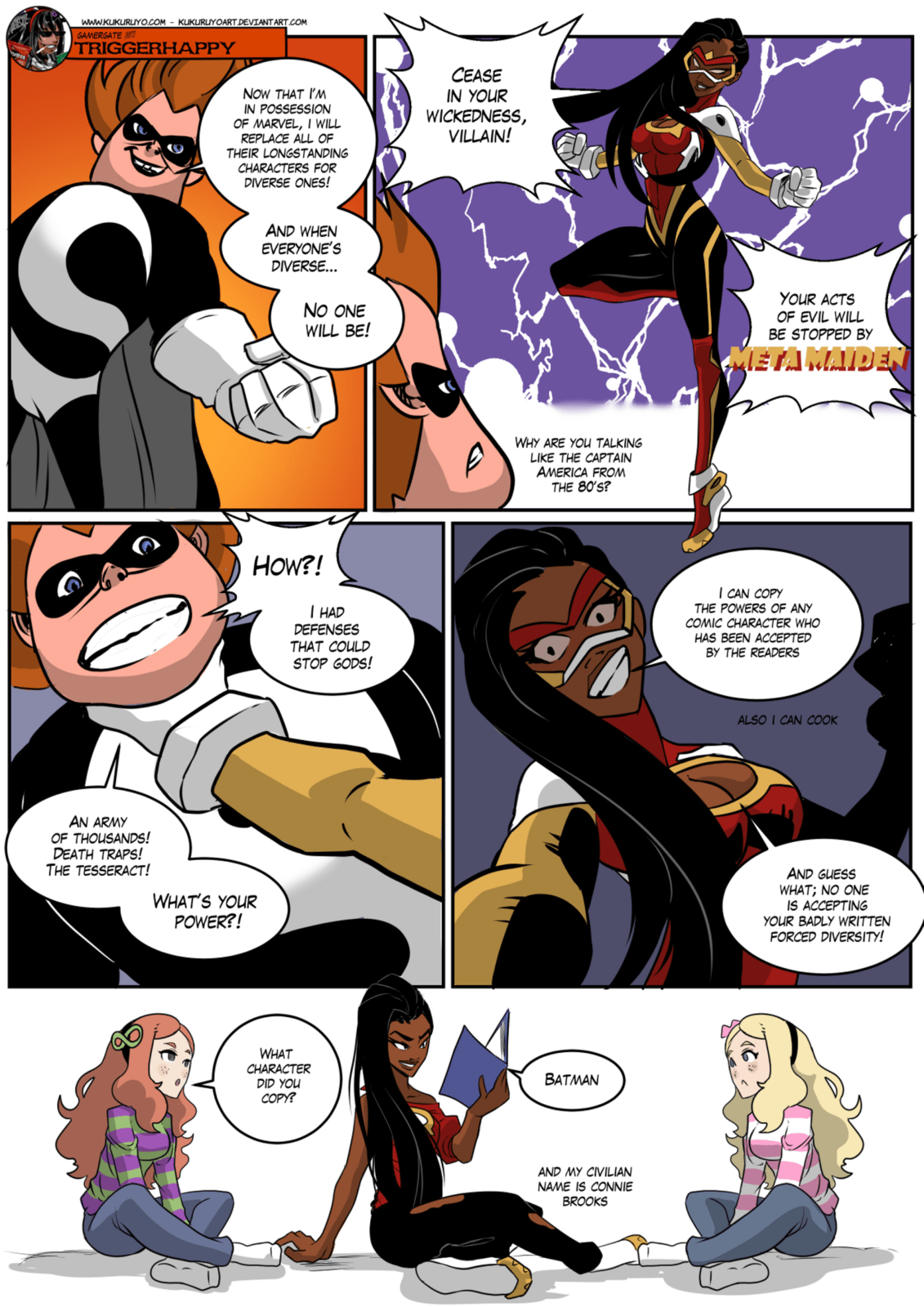 You can support me on patreon for mature content and political stuff. I also sell some stuff with my designs; I have a T-shirt store, another one to sell Prints, and my own store where I sell comics and do commissions.

Ku Kurur Yo is a Hugo nominated Illustrator and Cartoonist. Kekistani author of “Monster girls on tour” and “#Gamergate Triggerhappy”

Is Disney Still About Art? French Influences in Disney Animation