Historical Hits: Billy Graham Reminds Us Diversity In Comics Is Not New 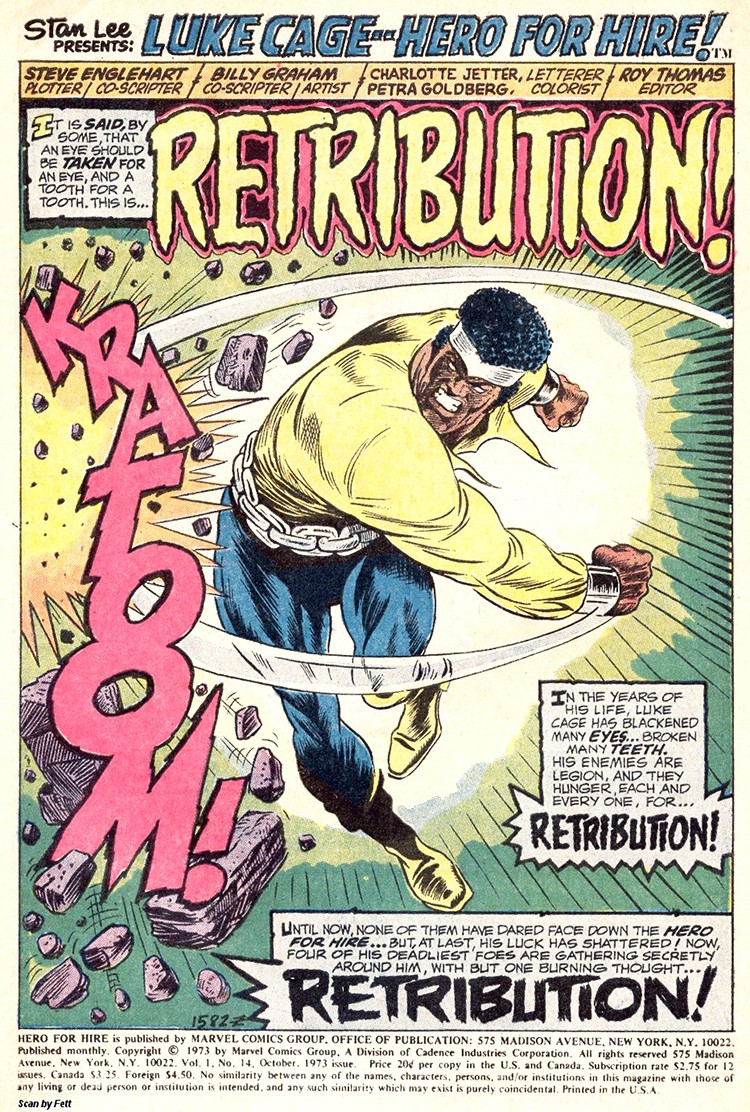 Billy started his comics career at Warren Magazines, with a story in the legendary very first issue of Vampirella (cover dated September, 1969) written by Don McGregor called, “Death Boat!” Vampirella was one of Warren Publishing’s influential black-and-white horror comics magazines and Graham would pencil and ink a story in nearly each of the first twelve issues. He also contributed work to another of Warren Publishing’s black & white horror titles, Creepy. 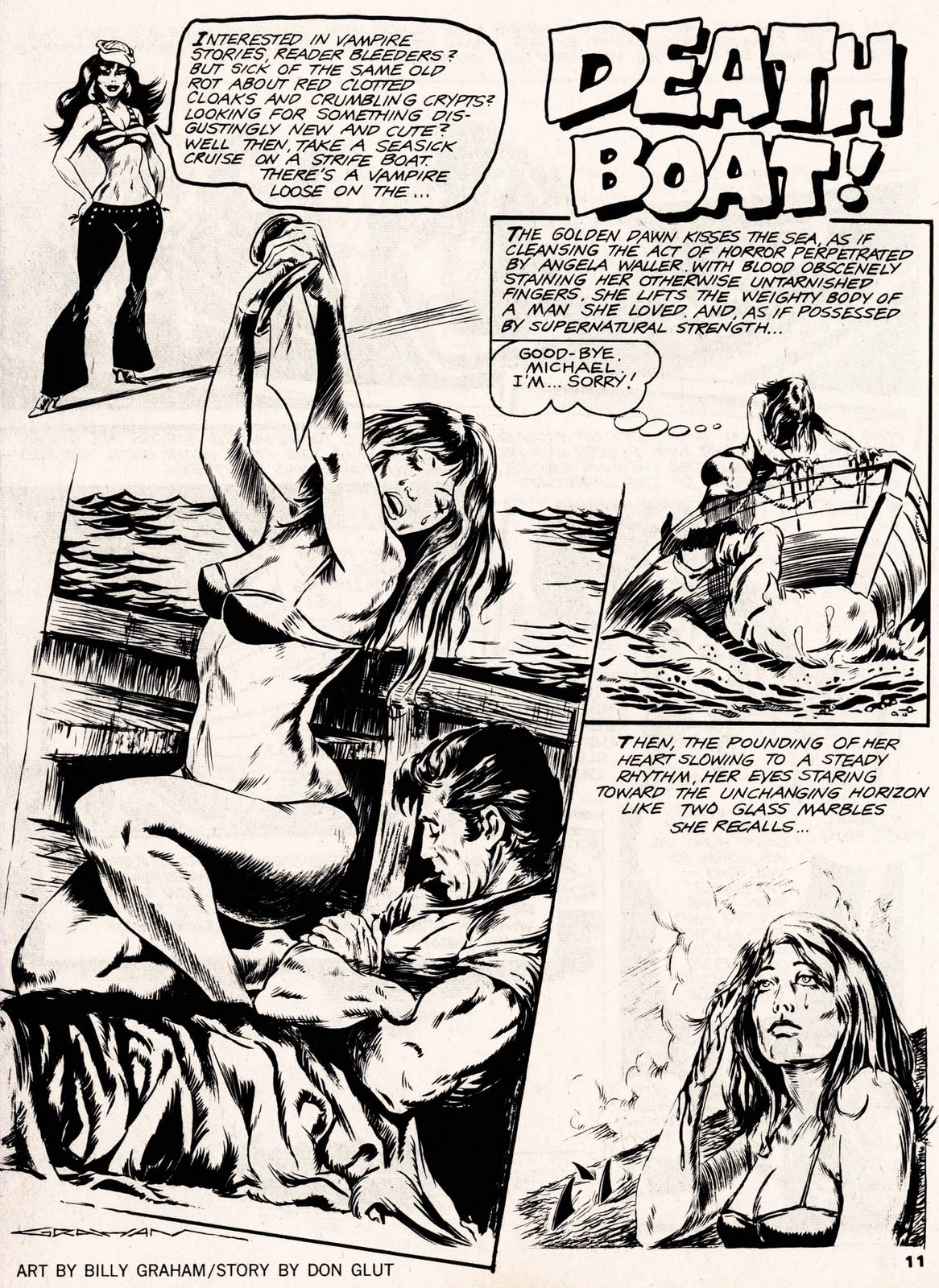 Publisher James Warren recalled in a 1999 interview that he promoted Graham to art director shortly after recruiting him as an artist:

“I sensed Billy had the ability to handle it; certain artists and writers are great but they can’t shift out of their specialty and do something else. Billy could. So I said, ‘Billy, you are now art director! Whether you like it or not.’ Now you have to understand that all Billy wanted to do his whole life was just be Jack Kirby. I said, ‘ You’ll be the Black Jack Kirby, but not today! Today you are art director of Warren Publishing.’ But he said, ‘I can’t art direct!’ And I said, ‘I’ll show you how. There’s your office; you now have a full-time job. A paycheck every Friday. Do you accept?’ And he said, ‘Yer goddamn right!’ And I taught him how to art direct during our slow period, and it only took a couple of issues — and he did pretty well (though I gave him a nervous breakdown).”

In a 2005 interview, Warren mentions tweaking a Rolling Stone reporter who asked about his decision to hire an African-American art director, a rarity in comics at the time:

“‘What!?’ mock-screamed Warren. ‘Is Billy black? I didn’t know that. Get him in here! Billy, are you black? You’re fired!’

In the early 70’s, Marvel Comics wanted a black artist to help work on ‘Luke Cage, Hero For Hire’, but they didn’t have any black creators working in the “Marvel Bull Pen” at the time, so they went looking. Graham’s work for Warren Publishing on titles like Creepy, Eerie and Vampirella was well known, but because he was untried at Marvel, they started him out inking George Tuska’s pencil work on the title. It was a hit, and this arrangement helped prove Graham’s mettle and by issue #13 (Sep 1973), Billy was penciling and inking Hero For Hire himself and by issue 14, he was co-scripting with Steve Englehart! 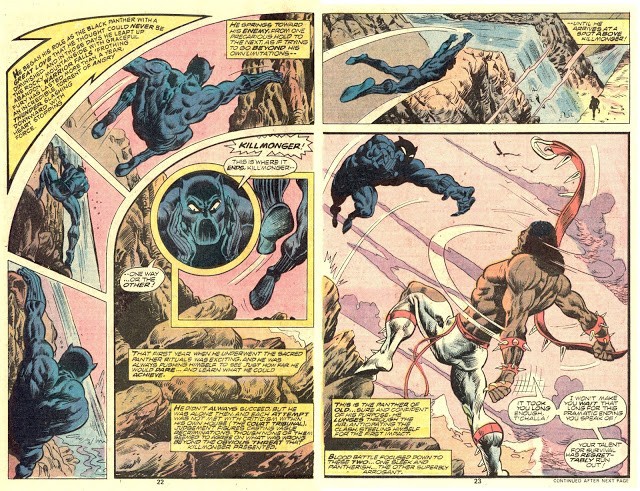 Billy continued to work for Marvel throughout the 70’s and into the early 80’s. He eventually left to follow Don McGregor over to Eclipse Comics to work on Saber, but then he suddenly dropped out of comics all together. He eventually did some work as an actor and stunt man when he moved on to Hollywood in the late 80’s. Graham’s last comics work was co-penciling, with Steven Geiger, Power Man and Iron Fist #114 (Feb. 1985), being written by Jim Owsley, who would later write the Black Panther under his pen name, Christopher Priest, who himself is another legendary black creator.

Billy Graham, passed away on April 4, 1997 and we remember him as both a talented creator and artist, while the culture heralds him as one of the first creators of color working in comics at the height of the cultural revolution, shaping great black superheroes and being a hero himself for many generations of comic lovers. Diversity in comics is nothing new, but many comics fans in the 21st century seem to have forgotten the rich history of our comics in the recent past when a creator’s worth was determined by the quality of his or her work, not their skin color or sexual orientation. 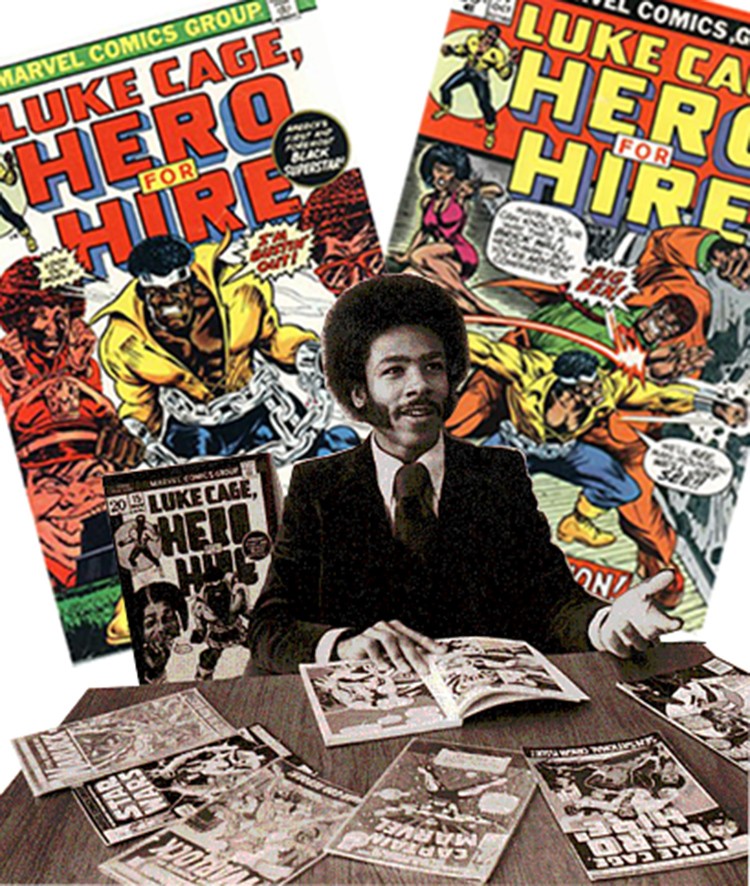 Retro Gaming: Game Boy’s ‘The Frog for Whom the Bell Tolls’